Live Concerts2 Live Music3
To say that going to a concert makes a person happy isn’t in itself a groundbreaking statement- who doesn’t enjoy finally hearing that favorite... 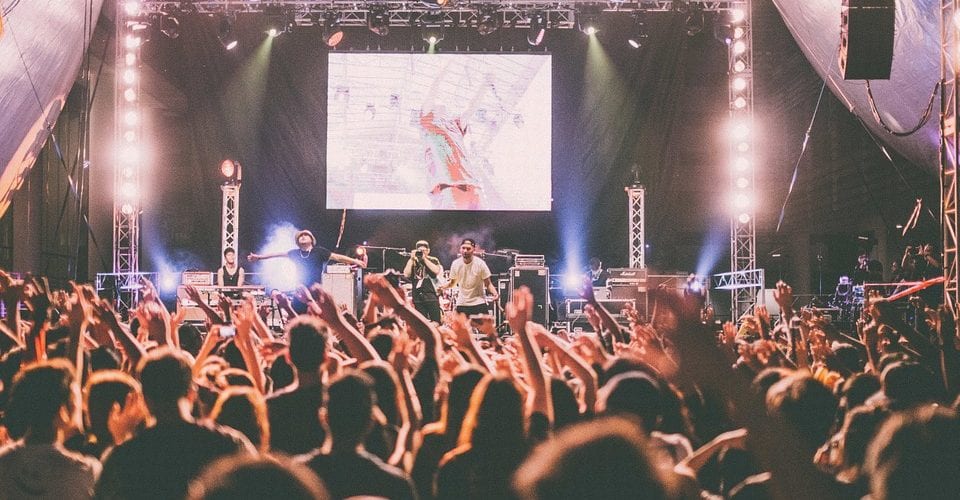 To say that going to a concert makes a person happy isn’t in itself a groundbreaking statement- who doesn’t enjoy finally hearing that favorite song they’ve played a million times over through their headphones in surround sound, in real time, with the artist they admire right before their eyes? Of course live music brings people joy, as does sharing it with a crowd of fellow concert-goers- strangers, but with whom you know you share at least one common bond: a love for the artist who brought you all together that night. It’s a simple human connection that makes us feel just a tad better about the divisions of the world outside that venue; it’s an immersive mind, body, and sound experience that allows us all to escape the woes of our mundane lives, if only for a night.

So, yes, while it’s no surprise that attending a concert makes a person happy, it’s still cool that we’ve now got science to back up that. The study was conducted by researchers Melissa Weinberg and Dawn Joseph, scholars of Deakin University in Victoria, Australia. Their findings revealed that “engaging with music by dancing or attending musical events was associated with higher SWB [subjective wellbeing] than for those who did not engage with music in these forms. The findings also emphasised the important role of engaging with music in the company of others with regard to SWB, highlighting an interpersonal feature of music”. Pretty cool!

According to this summary of the study, it was conducted over the phone back in 2014 and sampled 1,000 Australians with an average age of 56. Subjects responded with yes/no or using a 1-10 scale to questions about their levels of satisfaction in areas of life spanning health, achievements, relationships, and their methods and levels of engagement with music. Overall, those who reported to have attended live music events scored significantly higher on their total well-being; those numbers increased even more for those who’d danced with other people at such events.

It’s no wonder the practice of gathering in groups to hear, share, and dance to live music performances has been one that’s lasted the test of time. Tried and true, and only getting better, live music events are always a surefire way to lift your spirits. What are you waiting for? Attend a concert, get happy: it’s science!