Two Irish rock bands, Dropkick Murphys and Flogging Molly, have teamed up to co-headline a tour this summer, making 18 stops across North America.

The tour is set to kick-off June 1 in Cleveland, Ohio, and wrap up less than a month later on June 23 in Gilford, New Hampshire. There’s a pair of festivals in between the tour, including Quebec’s Montebello Rockfest on June 15, and Ohio’s Bunbury Festival on June 3, which will only feature the Dropkick Murphys.

In a Facebook post, Dropkick Murphys released information about the tour, and mentioned that they have good news for the south and west coast soon, asking fans where they should play next. The post also contained information about the tour finale in New Hampshire; during the final show, the band will have six bouts of professional boxing, presented by Murphy’s Boxing. If fans buy a reserved seat to the show, they will be able to add a “Ringside boxing seat.” 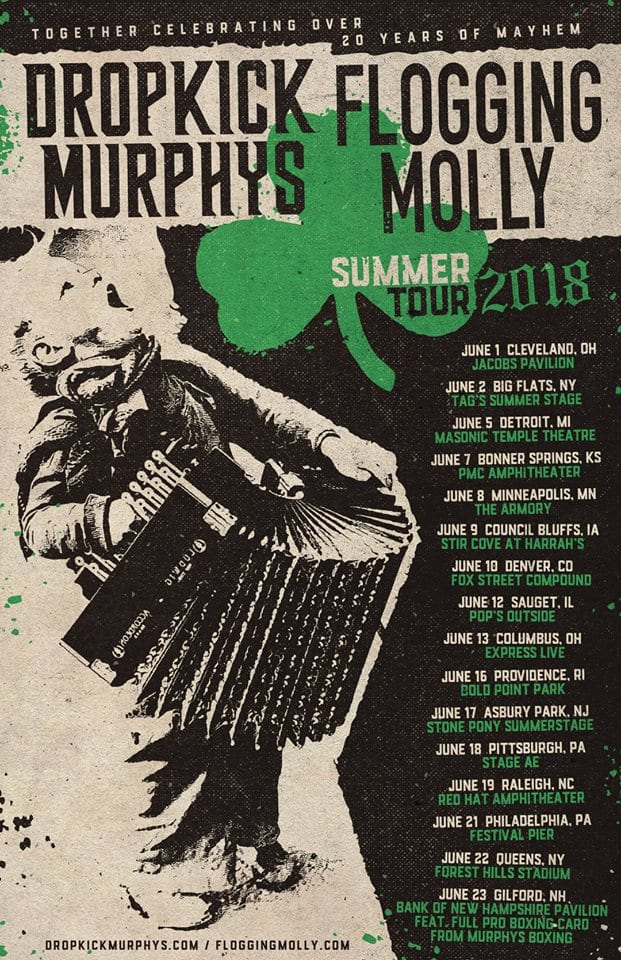