The country star Willie Nelson was slated to headline the show at Outlaw Music Festival in Charlotte, North Carolina this past weekend, but after emerging onstage, he immediately walked off, without any explanation.

A video was posted on YouTube on Saturday night by Michael Keim, where the 85-year-old singer is shown shuffling onstage. After he picked up his guitar, he set it back down, threw his hat into the crowd and walked offstage. Fans were not only confused, but furious, since they had waited around for hours without any explanation.

“Due to illness, Willie Nelson was unable to play tonight at the Outlaw Music Festival at PNC Music Pavilion Charlotte. Fans are asked to please hold on to their tickets until the new date is announced.”

Nelson had not announced anything about an illness, leaving fans wondering if that was the real reason he walked offstage. This wasn’t the first time the festival had disappointed concertgoers either; Elvis Costello withdrew from the show in April, and Brandi Carlile called it quits two weeks ago to an “unexpected family obligation overseas.” Nelson’s abrupt appearance and disappearance left a weird vibe at the festival. 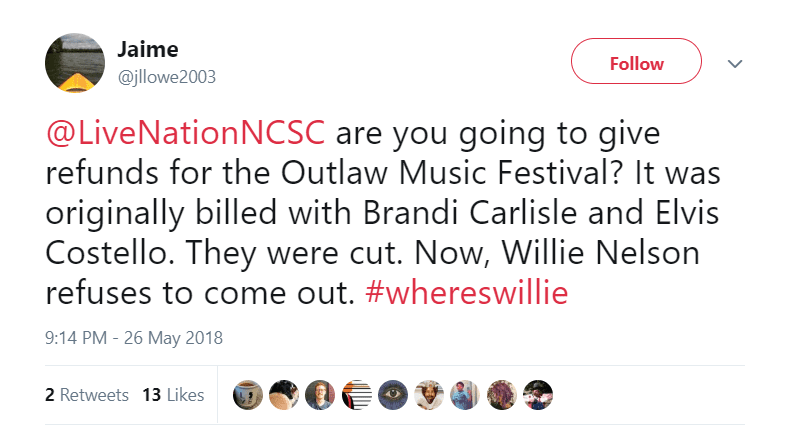 Fans took to Twitter, disappointed about Nelson’s no-show, and anger toward the concert promoter Live Nation for their negligence. 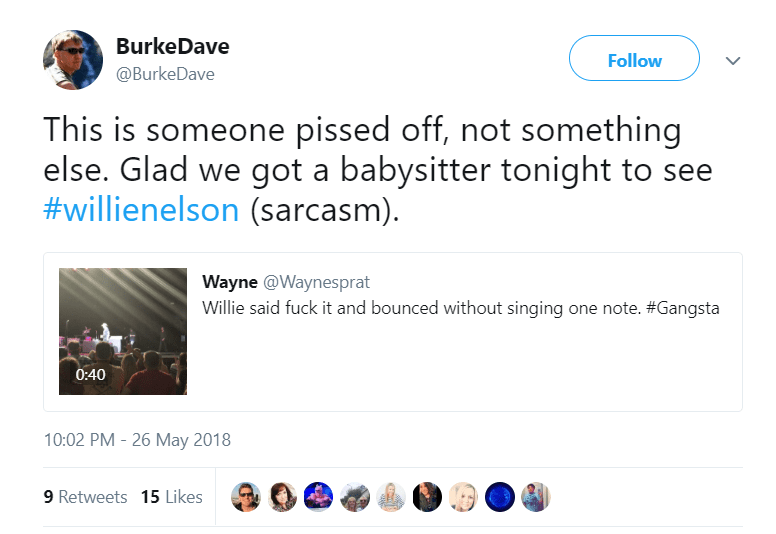 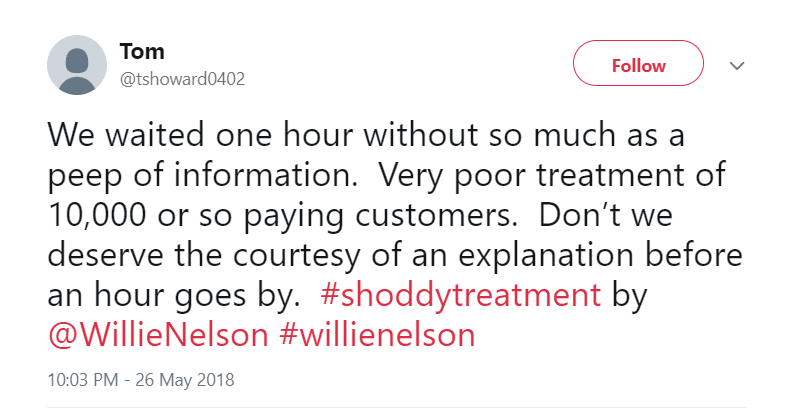 The singer has been known for sickness over the past few years – he just cancelled multiple shows in  February due to the flu. His fans are questioning if he should retire, or if someone is pushing him to continue. In the video, he’s visibly upset: so is he actually sick, or is something else going on?

Others are saying that upset fans should “give the guy a break,” and “send prayers” instead of negativity, since he is 85-years-old and was still making an effort to perform. Throughout his life, Nelson has performed and created music for over 70 years.

According to TMZ, a representative of Nelson said the singer had a stomach bug, but was well enough to perform at a show Sunday night in Washington D.C. He also promised to “make good for his North Carolina fans.” It’s unknown at this time whether concertgoers will receive a refund or if Nelson will schedule another show in the area. He also did not make any public comment on the matter.