Earlier this year, bandmate Vann was accused by several women of sexual misconduct, and was later fired from the band. The group apologized for not speaking up sooner, noting that they don’t “tolerate abuse of any kind” and hope “this is a step in the right direction.” Following Vann’s departure, the group announced they would drop the album the best years of our lives and headed out on tour overseas.

However, BROCKHAMPTON said they will be dropping the album Iridescence next month, which appears to be separate from the best years of our lives. Along with the album, the band will head out on the “I’ll Be There” tour, which will kick-off on October 3 in Mesa, Arizona.

The trek will make stops in cities like New Orleans, Philadelphia, Houston, New York, and Denver before wrapping-up in Las Vegas, Nevada on December 6. Additionally, they can be found performing at Austin City Limits festival and Tyler, The Creator’s Camp Flag Gnaw in Los Angeles.

Iridescence will be the band’s fourth-studio album, following 2017’s Saturation III, which included hits “Stains,” “Boogie,” and “Bleach.”  So far this year, they’ve released singles “1999 Wildfire,” “1998 Truman,” and “1997 Diana,” pointing clues at what the rest of the record’s tracks might look like.

Check out the group’s full list of tour dates below as they head through North America this fall.

Visit Ticket Club to find tickets to see BROCKHAMPTON on tour this year. 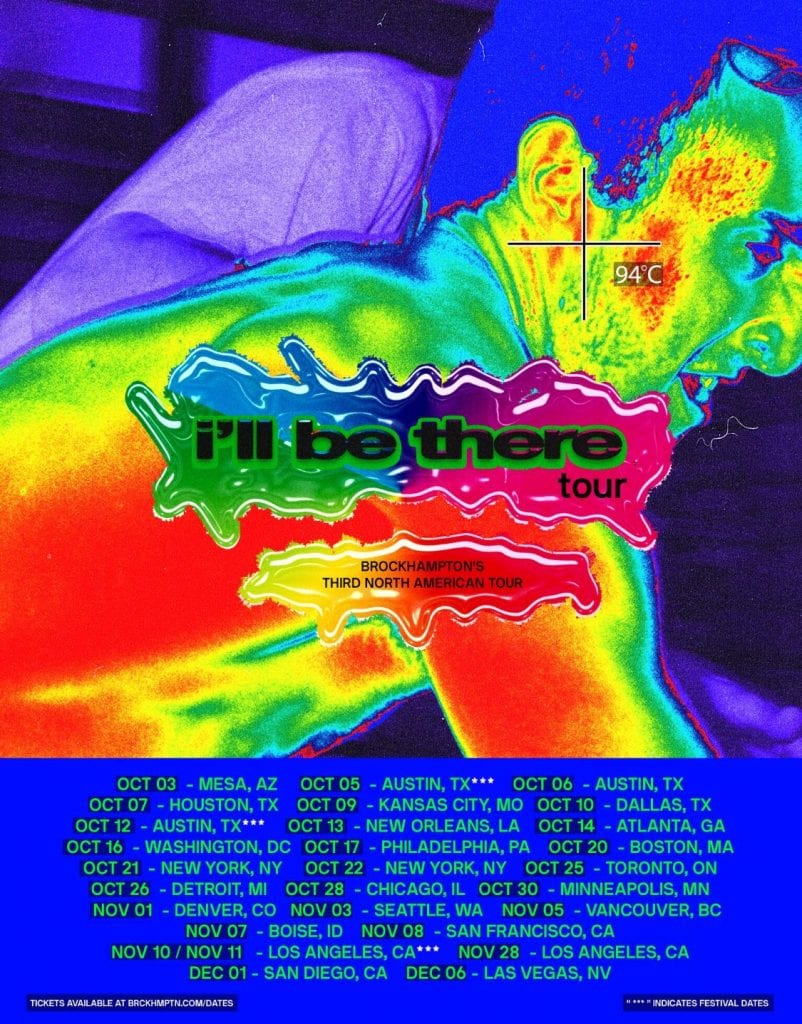 BROCKHAMPTON “I’ll Be There” Tour Dates 2018