Brandon Lay, Whiskey Myers, Terri Clark, and Ross Ellis are also among the diverse group of artists to perform throughout the event. Additionally, Guy Fieri will have a Stagecoach Smokehouse and Nikki Lane will host a “Stage Stop Marketplace.”

Tickets for the festival go onsale this Friday and include general admission passes, corral reserved seating, and corral standing pit. All passes include access to the festival for three days and the ability to participate in activities like the Honkytonk Dance Hall, Half-Pint Hootenanny, and food stations. On-site car and RV camping is also available.

This year’s festival, which was held April 27 – 29, featured artists Kacey Musgraves, Florida Georgia Line, Brothers Osborne, Jason Isbell and The 400 Unit, and Garth Brooks. Even Mason Ramsey, whose video went viral for yodeling in Walmart, was invited to the stage.

Check out the festival poster below: 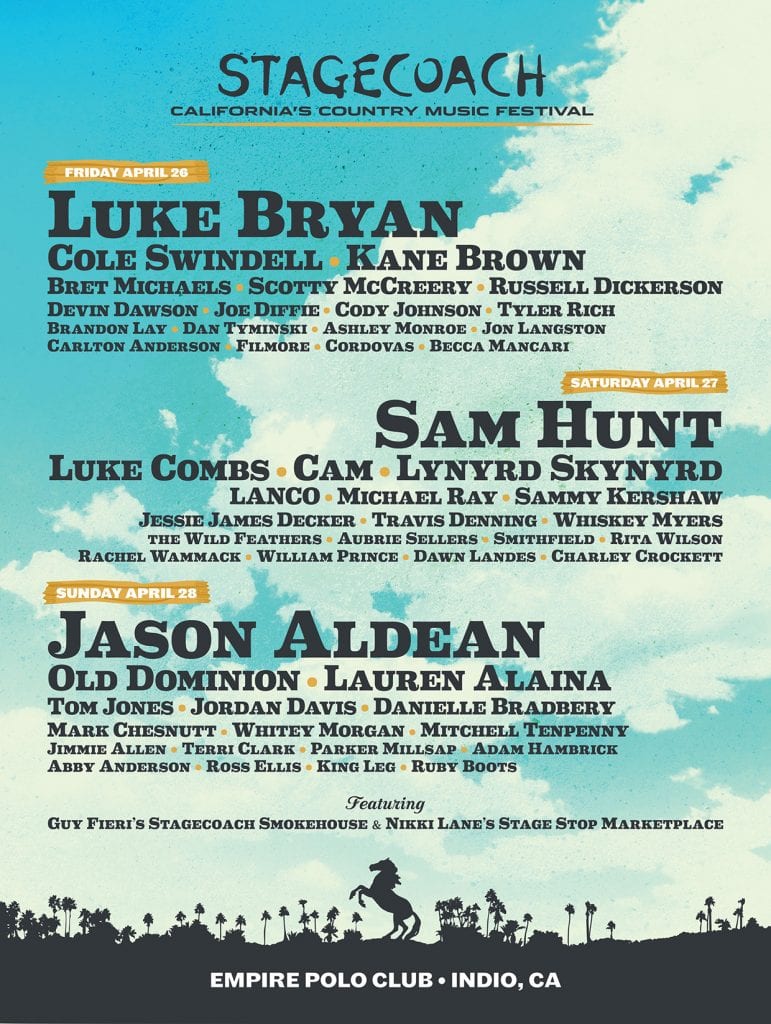