A new festival is coming to Sin City this fall with headlining performances from A-list stars like J. Cole, Travis Scott, and Kendrick Lamar.

Day N Vegas is slated to kick-off its inaugural festival on November 1 and run through November 3. Cole, who just dropped the single “The London” with Scott, will be performing in support of 2018’s KOD, while Scott is just coming off his tour in support of Astroworld. “Humble” star Lamar, who garnered massive attention with Black Panther The Album last year, last released the track “The Mantra.”

The festival, which will be produced by Goldenvoice, offers three-day passes, general admission one-day tickets, and various VIP packages. Special 3-Day early bird passes, as well as hotel packages with walking distance to the festival, will head on sale this weekend.

Check out the full lineup and festival poster below. 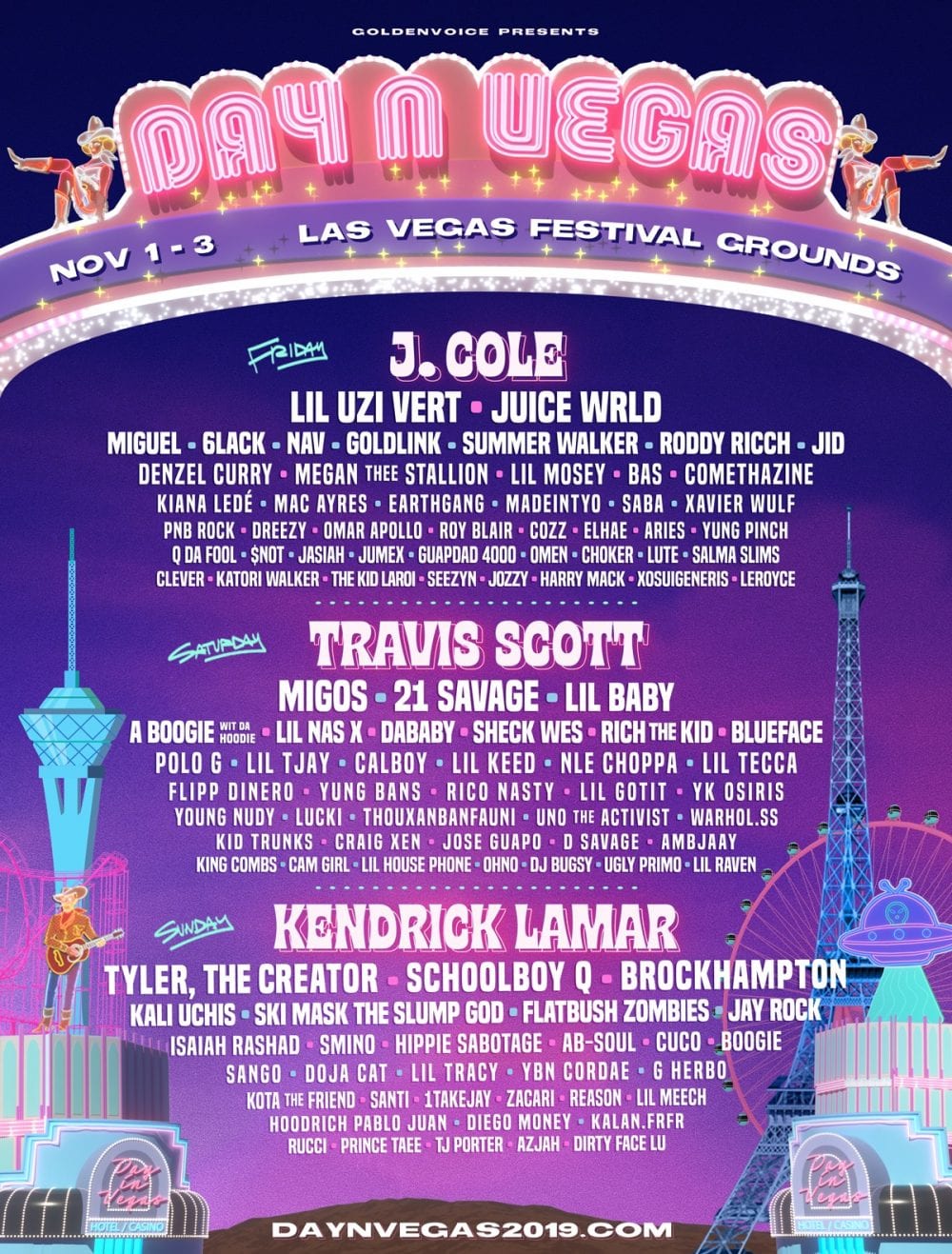