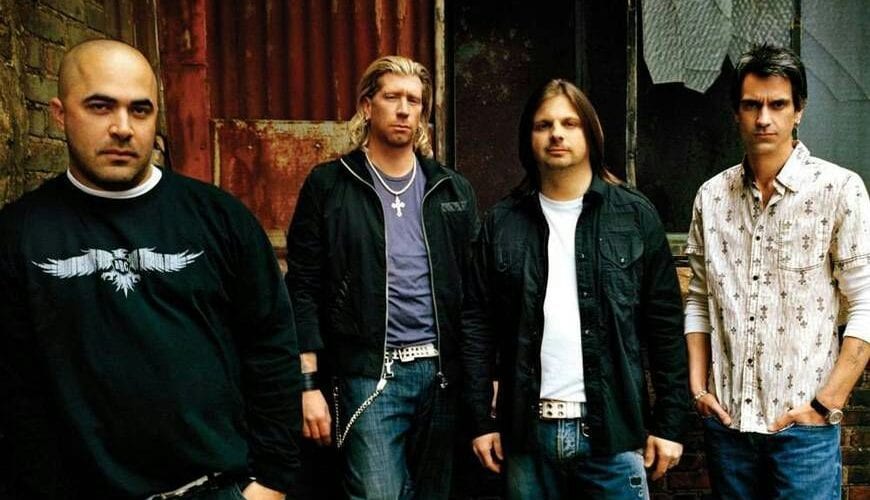 The rockers of Staind are reuniting for a handful of shows this year following a five-year hiatus, including a stop in their home state.

They will perform at Foxwoods Resort Casino in Mashantucket, Connecticut on October 5, marking the band’s only show on the Northeast this year. Frontman Aaron Lewis announced the news during a solo show this past weekend where he was joined onstage by Staind guitarist Mike Mushok.

In addition to the Connecticut gig, the group can be found performing at the Louder Than Life festival in Louisville, Kentucky and Sacramento’s Aftershock Festival. However, it is unknown if the group will head out on a full tour in the future months.

“This is definitely ‘Let’s just get together and play a few shows and see what happens,'” Lewis told Rock Talk With Mitch Lafon in an interview regarding the upcoming shows. “2020 is 2020.  And we’ll see. I’ve made no commitments to anything. I just wanna kind of see how this couple of shows goes.”

Lewis explained how the group never really “split,” since he has always remained on good terms with bandmates Mushok, Johnny April, and Sal Giancarelli. Back in 2010, Lewis started a solo career as a country singer, which he said stemmed from the grind of touring. He said that he “needed that break,” but now, he’s ready to play some shows with Staind again and go back to the songs they wrote together.

Staind has not released a record since 2011’s self-titled. They are best-known for early 2000’s tracks like 14 Shades Of Grey‘s “So Far Away” and Break The Cycle‘s “It’s Been Awhile” and “Outside.” Through the years, they continued with 2005’s Chapter V and 2008’s The Illusion of Progress. Lewis noted that he wouldn’t rule out making music with Staind again, however this time, he’d like to go back to their heavier roots before they garnered attention with radio hits.

“I think I’ve got some pent-up stuff that would probably flow out quite nicely over some of Mike’s heavy riffs,” he said in the interview.

Staind last played together during the “Aaron Lewis and Friends” benefit show in Northampton, Massachusetts in August 2017.