Washington, D.C.’s Union Market will heat up this fall when over a dozen bands come together for a two-day music festival.

Aside from the music, festivalgoers can grab food from a diverse selection of local vendors in the D.C. area, art installations, and a 360-degree slow motion photo booths.

All Things Go, which first launched in 2014, aims to bring together national acts as well as local talent. The fest originally started out at Union Market’s Dock 5 and progressed to Yards Park to accommodate an attendance of 12,000 in 2016. Previously, they’ve hosted artists like Tove Lo, Passion Pit, and Empire of the Sun. All Things Go is also one of the festivals that doesn’t force fans to choose one act over another, with performances taking place on one stage.

Currently, advance tickets are on sale, along with The Fall Classic VIP Experience tickets, which includes front-of-stage viewing, complimentary food, and more.

Check out the festival lineup poster below: 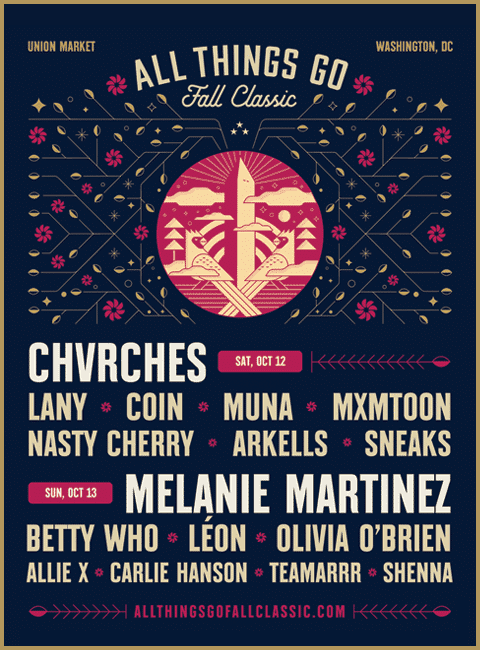