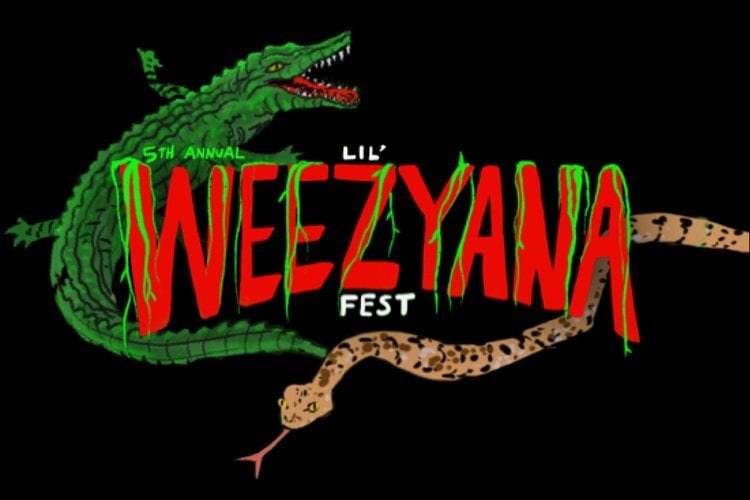 Meek Mill was performing in New Orleans over the weekend during Lil Wayne’s annual Lil WeezyAna Fest when the crowd heard what was believed to be a gunshot, causing a stampede to break out.

The festival, which took place on Saturday at the UNO Lakefront Arena, brought in around 15,000 fans. According to NOLA, large segments of the crowd began to panic and run during the middle of Mill’s set. There were false reports of gunfire or a fight, sending fans into a frenzy. A medical tent and concession booths near the stage were overrun, multiple fences were pushed down, and tables were overturned in the chaos. Some people even began to steal others’ belongings, while cash registers and tip jars were ripped apart, employees said.

“My brother said to me and my cousin, ‘Run. Just run. I don’t know what’s happening,'” local attorney Melanie Melasky told NOLA. “I turned around at one point to see what was happening, but everyone was running away. No cops were going toward” the origin of the stampede.

Another attendee, who who an employee of one of the caterging companies, George Krider, said he “didn’t know what was going on.”

“It was a stampede,” he said. “the first thing you think is, ‘Was it gunshots?’ I think it was a fight.”

Others took to social media to share their experiences:

Y’all. I was at #LilWeezyAnaFest and it basically got ruined/turned into a huge disaster right before Travis and Wayne came on stage ?. People were legit running for their lives. I hate seeing shit like this happen..

don’t let news reports tell y’all the lil weezyana fest shooting situation was a small stampede and all. It was MAJOR. The whole venue was stampeding and breaking down fences. One of the scariest moments of my life.

i saw people crying, climbing through tents to get out, trampling people. it seemed like a real threat

I’m so pissed at this Lil Weezyana Fest !!!!! They fucked us over didn’t provide shade , $4 for water that later ran completely out , and everyone running out of no where people getting trampled on ??‍♀️ We all need refunds …

NOLA reports that there were no shots fired on the festival grounds, police said, and the injuries were minor. Following the stampede, the rest of the festival continued as planned, featuring performances from artists like Travis Scott and founder Lil Wayne.