A View From My Seat Reveals Fan-Driven Seating Charts

a view from my seat1 Industry376 interactive seating chart1 Press Release80 seating chart1 Venue45
The ticketing platform A View From My Seats launched a fan-driven seating chart this week, allowing concertgoers to see real photos of their view...

The ticketing platform A View From My Seats launched a fan-driven seating chart this week, allowing concertgoers to see real photos of their view before purchasing seats.

Rather than blindly choosing seats off of a seating chart, A View From My Seats wanted to step things up a notch and give fans an easy way to have control of their view at live events. This week, they announced the launch of seating charts that will provide fans with quick information and visuals of their seats at major league sports stadiums, Broadway theaters, major concert venues, and a handful of other ballparks and arenas across the U.S., Canada, and the U.K.

The 450 row-level seating charts combine handcrafted deign, research, and a massive library of fan photos, videos, and reviews. The charts, which have been in development for two years, show unlimited photos and reviews at the row level, along with important section information and details like accessibility options. Frank Panko, the co-founder and CEO of A View From My Seat noted in a press release that the charts are “beautiful and easy to use,” and they will help millions of fans “make informed ticket purchases, which will lead to a better experience at the event.”

“I’ve had the privilege of being able to use these for the last few months and I don’t know what I ever did without them,” Panko said. “They’ve helped me pick out awesome seats for two concerts, some theatre and a few sports events.”

Here is an example of seats at Amway Arena that include a picture and review: 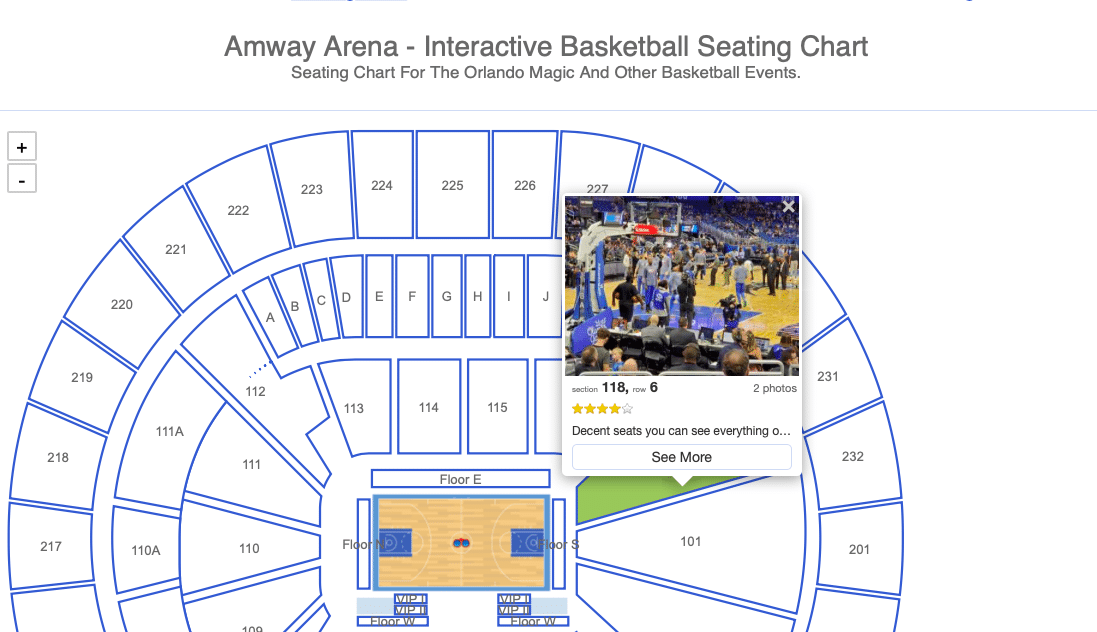 Anyone who has been to an event can add their own photos to help inform future ticket holders, making the fan-to-fan experience growth each day. The site has grown into the largest, curated library of seat views since the platform’s inception in 2010.

“We’ve been collecting these photos from people for the last 9 years,” Panko told TicketNews in a statement. “I love that we can now present all of these photos in a way that brings a lot more context to a user. It will help millions of people pick out great seats, ensuring they have a great experience.”

For more information about A View From My Seat or to check out their seating charts, visit their website.