Tattoo and music enthusiasts will join forces next summer for Ohio’s annual Inkcarceration with headlining performances from rock icons.

The annual music and tattoo festival will hold its 2020 event at the haunted Ohio State Reformatory from July 10 to 12 in Mansfield. The former prison, which is best-known as the prison in The Shawshank Redemption, will host headlining artists Limp Bizkit, Weezer, and Blink-182. Other rock acts like Mastodon, Papa Roach, Halestorm, Underoath, Hollywood Undead, and Falling in Reverse will take the stage, as well as New Politics, We Came as Romans, and The Devil Wears Prada, among others.

Aside from the music, over 60 tattoo artists will be in attendance, providing ink throughout the event. Artists from shops like Rich Gallery, Lucky Gypsy Tattoo, Imperial Tattoos, and Cincinnati Tattoo will create and tattoo designs, and they will be judged by Robert LaSardo, Jennifer Arroyo, and Kyla DeLaCerda.

Festival organizers noted in a statement that they are “extremely humbled by the support the fans put behind this festival in 2019 and wanted to bring them something even bigger in 2020.” Last year, the fest featured performers like Shinedown, Godsmack, and Five Finger Death Punch.

“For year three, we put together an extremely eclectic lineup that brings together all forms of rock,” organizers said. “This festival is becoming known as the most unique event in the country, so we wanted to construct a lineup as unique as the venue itself! And, of course, it’s still the only rock festival held at a famous haunted prison!” 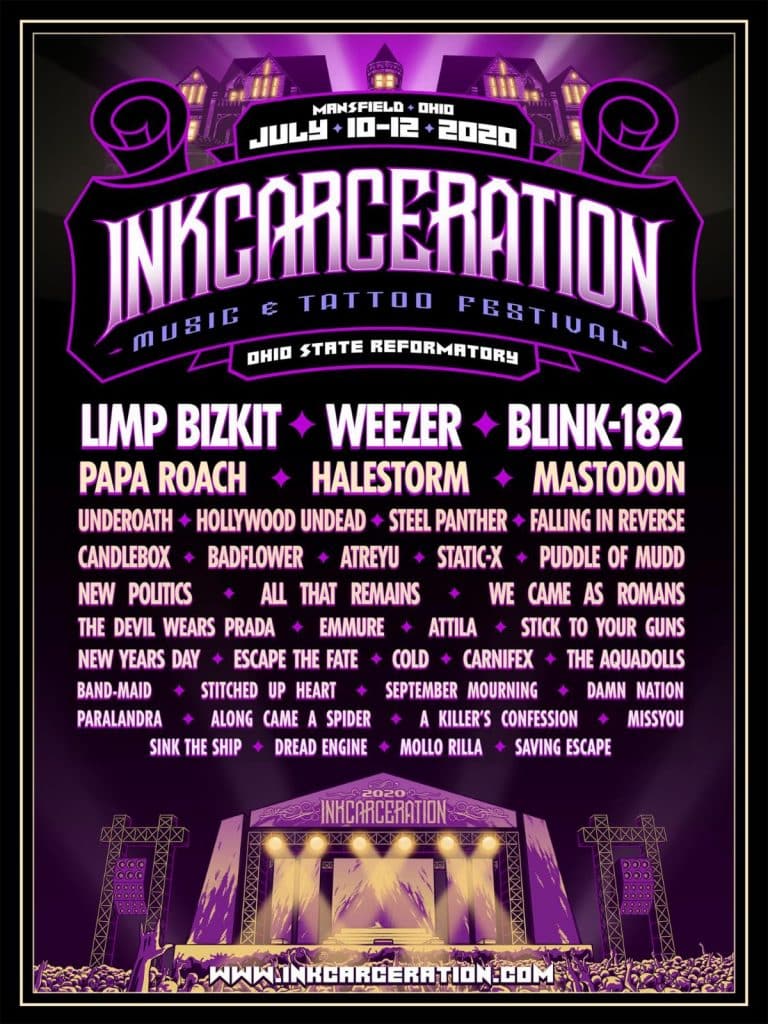