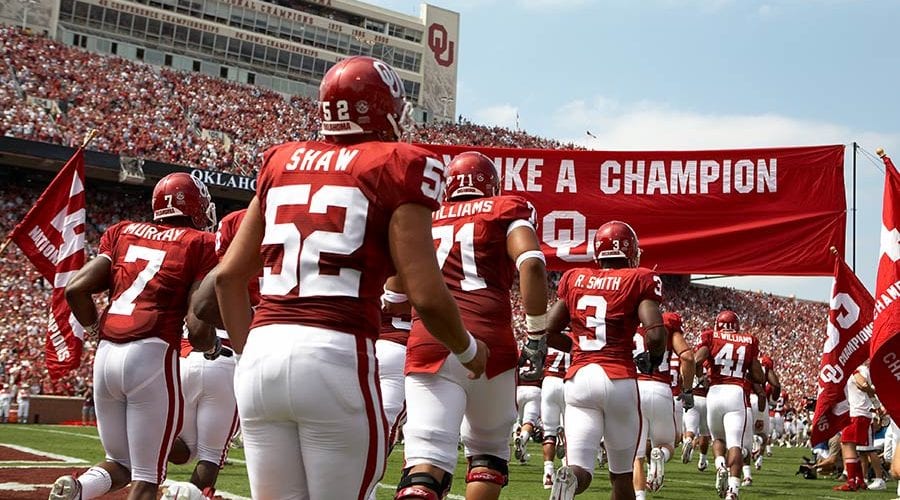 The Big 12 football schedule was announced earlier this week by the conference, featuring nine conference games for each school. League games begin on September 26. with each of the league’s ten teams playing every conference opponent once with two bye weeks.

Programs will also have the opportunity to schedule one non-conference game, expected to be played prior to the opening of conference play. The Dr. Pepper Big 12 Championship Game will take place on December 12 or 19 between the top two teams in the league after the season.

With the Big Ten and Pac-12 announcing the postponement of their fall seasons early this week, there was fear that the remaining dominoes would fall and cancel the college football season entirely. But the Big 12 decided to keep its games planned – at least for the time being. The ACC and SEC are also planning on going forward with their seasons, though schedules have yet to be announced.

“Our student-athletes want to compete, and it is the board’s collective opinion that sports can be conducted safely and in concert with the best interests of their well-being,” Big 12 board of directors chairman and TCU chancellor Victor Boschini said in a statement. “We remain vigilant in monitoring the trends and effects of COVID 19 as we learn more about the virus. If at any point our scientists and doctors conclude that our institutions cannot provide a safe and appropriate environment for our participants, we will change course.” 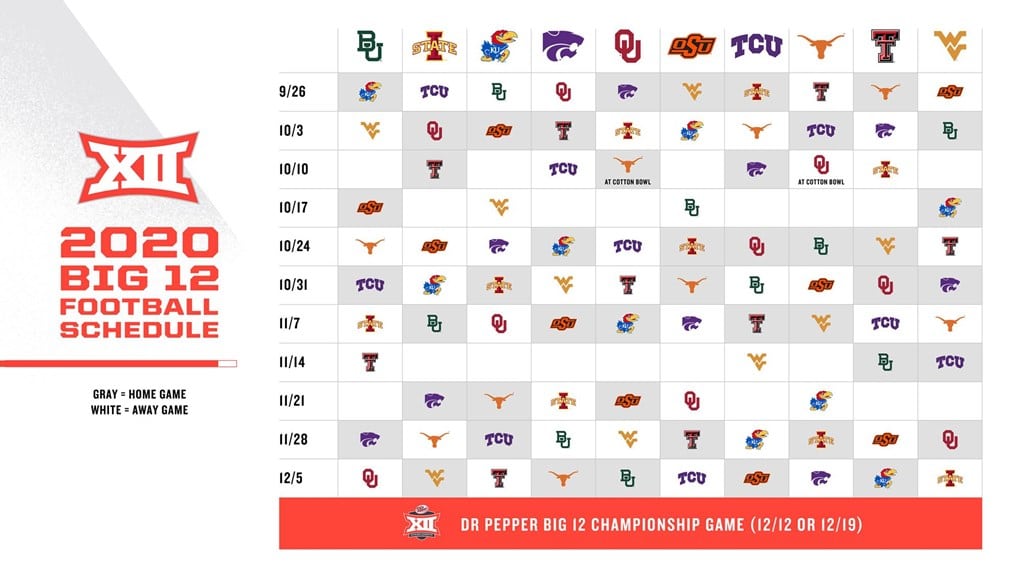 With three of the Power 5 playing football as well as the American Athletic Conference of the Group of 5, 14 of the preseason Top 25 programs are scheduled to play games this fall, including No. 1 Clemson (ACC), No. 3 Alabama, No. 4 LSU, and No. 5 Georgia (all SEC). Four Big 12 programs were in the preseason rankings, led by No. 7 Oklahoma.

Per SportingNews, 76 of the 130 Football Bowl Subdivision programs are playing, with the Big Ten, Pac-12, Mid-American and Mountain West conferences opted out alongside a handful of individual programs.