Editor’s Note: For those looking for the Penn State article, it is here – apologies for the incorrect link in the email: Penn State Cancels Ticket Accounts Leveraging Mobile-Only Ticketing Data The ticket market for Super Bowl LVI continues to see prices fall as the game approaches, with the... END_OF_DOCUMENT_TOKEN_TO_BE_REPLACED 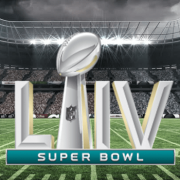 With the first weekend of the NFL playoffs in the books, it’s time to start taking a look at the pricing forecast for the big one now just a month away. Super Bowl LIV ticket prices are going to fluctuate up and down over the next month, but fans... END_OF_DOCUMENT_TOKEN_TO_BE_REPLACED 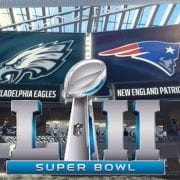 It’s the big day. Super Bowl LII, where we’ll either see another jewel in the crown of the dominant New England Patriots, or a first-ever Super Bowl victory for the Philadelphia Eagles. Tickets are still available – resellers are set up on site with local pick up options, hoping... END_OF_DOCUMENT_TOKEN_TO_BE_REPLACED