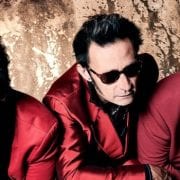 The punk-rock group Green Day performed during NHL’s All Star Weekend game in St. Louis over the weekend amid their recently-announced partnership with the league, but fans who traveled hours to the gig were unaware that the billed concert was only supposed to be a brief set. The outdoor... END_OF_DOCUMENT_TOKEN_TO_BE_REPLACED 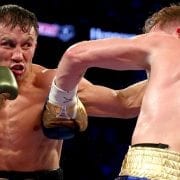 The highly-anticipated boxing match this September between Canelo Alvarez and Gennady Golovkin took the top spot on yesterday’s best-selling events list, according to sales data from Ticket Club. The Premier Boxing Champions game between Robert Easter Jr. and Mikey Garcia next month also scored a spot on the list.... END_OF_DOCUMENT_TOKEN_TO_BE_REPLACED 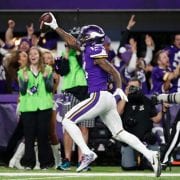 Sunday night’s wild last-second come-from-behind victory by the Minnesota Vikings kept alive the possibility of a first-ever home game in the Super Bowl, and seems to have goosed the fans into action, as Vikings fever – and football overall – dominated the marketplace on Sunday – headlined by the... END_OF_DOCUMENT_TOKEN_TO_BE_REPLACED