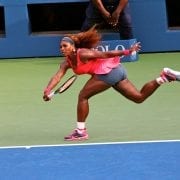 The U.S. Open dominates all new ticket listings to kick off the week in the ticketing market, two months before the fourth and final Grand Slam tournament of the tennis season invades New York. Tennis fans can now snag passes to all matches played on Arthur Ashe Stadium and... END_OF_DOCUMENT_TOKEN_TO_BE_REPLACED 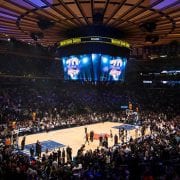 The NBA season is upon us – at least in terms of the schedule being out – and the New York Knicks were all over the marketplace on Tuesday, taking six of the top 12 spots in the Market Heat Report for the day. The Spike Lee Favorites had contests... END_OF_DOCUMENT_TOKEN_TO_BE_REPLACED