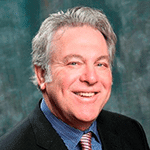 His company went public as Ubarter.com, launching the Internet’s first on-line barter site in 1998, and was the catalyst for venture capital firms to invest millions of dollars into our industry. Ubarter was acquired by a Seattle technology firm in late 1999, and subsequently sold to ITEX.

Visit the Ticket Summit website to learn about the full lineup of speakers for the 2017 event.