Charlottesville locals the Dave Matthews Band will be joined by Justin Timberlake, Pharrell, Ariana Grande and others for a free “Concert for Charlottesville” on September 24th.

Convened as an event designed to heal the wounds from the white nationalist march and counter-protests on August 11-12 following a decision by city officials to remove a statue of Confederate General Robert E. Lee. Several injuries occurred around clashes between the various parties involved, including the death of Heather Heyer, who was killed when car plowed into a crowd as police dispersed the march.

The Concert for Charlottesville will be held at Scott Stadium at the University of Virginia, which has hosted just three concerts in the last 16 years – Dave Matthews band in 2001, the Rolling Stones in 2005, and U2 in 2009. Other acts include Chris Stapleton, The Roots, Brittany Howard, Cage the Elephant, and other “special guests”.

Tickets are free, though attendees are being encouraged to donate to a fund related to the event at the Charlottesville Area Community Foundation. Beneficiaries of the fund include those injured in the events and their families as well as first responders and organizations devoted to the promotion of healing, unity, and justice, per a release by the University of Virginia. 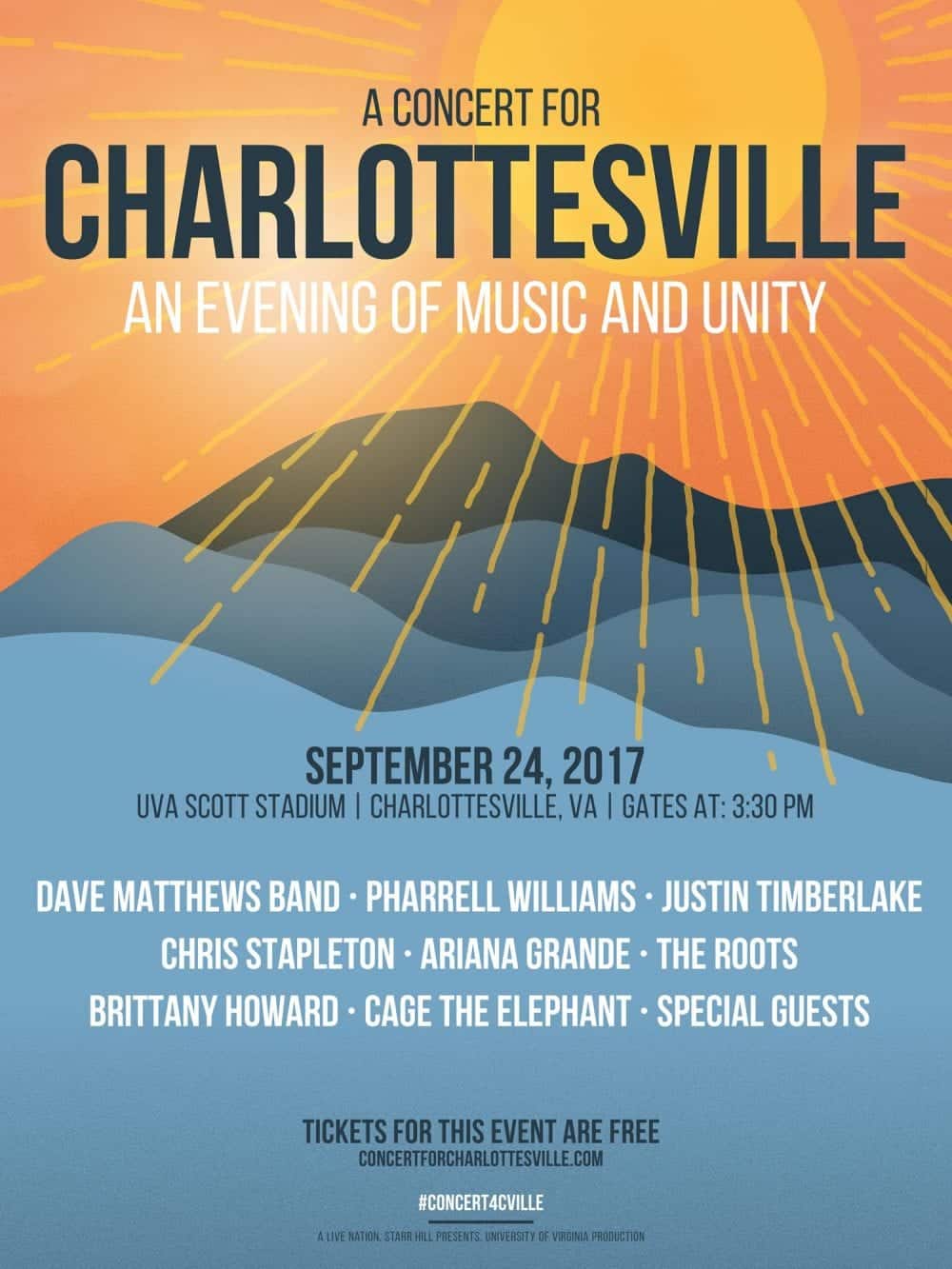 Preference for tickets will be given to residents of the greater Charlottesville area and affiliates of UVa. On online ticket request period is open now at www.concertforcharlottesville.com through September 11th. Tickets may also be available at the box office of John Paul Jones Arena on the UVa campus on Friday, September 15th.

Scott Stadium has a stated capacity of 61,500 for football games, and a record of 64,947 saw the Cavaliers play Southern California in 2008. It is unclear how many tickets will be offered for the event.