Chazz Palminteri To Perform In His Play ‘A Bronx Tale Musical’

The Academy Award nominee and actor Chazz Palminteri is set to join the cast and play Sonny in his Broadway musical, A Bronx Tale, this month.

A Bronx Tale was originally written by Palminteri and performed as a one-man show in 1989. After moving it off-Broadway, he wrote the screenplay and co-starred in the film adaptation with Robert De Niro. The story, which takes place in the 1960s, follows the character Sonny, a young man who must make the decision between his father, which he loves, and his dream life as a mob boss. Written by Palminteri and Oscar and Grammy winner Alan Menken, the play focuses on respect, loyalty, love, and family. De Niro and four-time Tony Award winner Jerry Zaks are directors of the play, with lyrics by Tony Award nominee Glenn Slater and choreography by Tony nominee Sergio Trujillo.

The show originally opened on December 1, 2016, and is currently playing on Broadway at the Longacre Theatre. Palminteri’s performances will take place on Tuesdays at 7 p.m., Wednesdays at 2 p.m. and 7 p.m., Thursdays at 7 p.m. and Fridays at 8 p.m. When Palminteri isn’t performing, Nick Cordero, known for roles in Waitress and Bullets Over Broadway, will play Sonny on Saturdays and Sundays.

“I’m thrilled to be sharing the role of Sonny with Chazz, who created this remarkable character,” Cordero said in a statement. “And I am grateful to the team at A Bronx Tale for the flexibility in allowing me to shoot a film over these next months and still remain with my family at A Bronx Tale on the weekends.”

Palminteri is also known as playing a recurring role on the TV show Modern Family, and has occasionally been featured in Blue Bloods. He has 55 movies under his belt as an actor, writer, and director including A Guide to Recognizing Your Saints and most recently, Legend. Other notable stars in the play include Richard H. Blake, Adam Kaplan, Lucia Gianetta, and Christiani Pitts.

A Bronx Tale will welcome Palminteri as a member of the acting team starting on May 24. Visit Ticket Club to find tickets to a show this year. 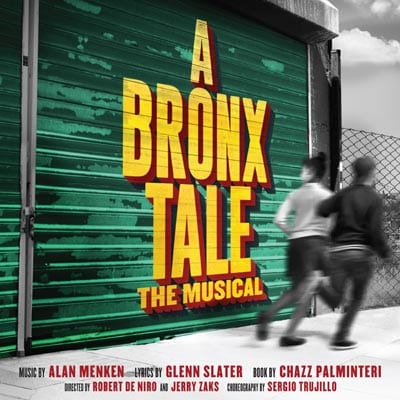 Last Updated on May 4, 2018 by Olivia Perreault