Mariah Carey nearly sold-out shows during her residency in Las Vegas at Ceasar’s Palace three years ago, yet insiders are speculating that her 2018 residency might not do the same.

Carey’s “The Butterfly Returns” residency, scheduled to run for three months, is set to kick-off on July 5.

“It’s a disaster,” one insider told The New York Post. “Scalpers bought a bunch of the tix and are freaking out.”

A source told The Post that Carey’s previous manager, Stella Bulochnikov, was going to book her at a smaller venue in Vegas so they could keep promoting “sold-out shows.” However, they moved her shows to Ceasars with 4,300 seats. The singer has since fired the manager, and Carey’s current publicist told The Post that these allegations are not true.

“These allegations are false and come from a source that must be desperate to pretend to be in the know,” her publicist said. “Look forward to seeing you at the Vegas show — if you can get a seat!”

The publicist also denied that Carey was having financial troubles, although she sold her diamond engagement ring from her ex-husband James Packer for $2.1 million – settling for nearly $8 million less than its original worth. Additionally, she moved to a $35,000-per-month mansion in Los Angeles earlier this year. Aside from potential financial problems, Carey also admitted to People this past April that she struggles with bipolar II disorder.

Live Nation insists that they are “very pleased with ticket sales.” According to Ticketmaster, about half of the first mezzanine is sold out and a majority of the Orchestra seating sections have either half or 3/4 of seats unoccupied. There is still a month left for Carey to fill these seats, however, demand doesn’t seem to be high at the moment.

Here is an example of how many seats are left at Carey’s opening night via Ticketmaster.

Carey will still remain one of the top-selling female artist with over 200 million records sold, 18 top-charting singles, and a list of achievements among “Artist Of The Decade” and “World’s Best Selling Female Artist of the Millennium.” Her most recent record is the 2014 collection Me. I Am Mariah…The Elusive Chanteuse. She is currently working on a new record, but a release date has not been scheduled. Fans speculate that new music could potentially boost these residency sales.

Aside from Carey, Celine Dion, Jerry Seinfeld, Rod Stewart, and Reba MacIntire with Brooks & Dunn have headlining shows at Caesars. 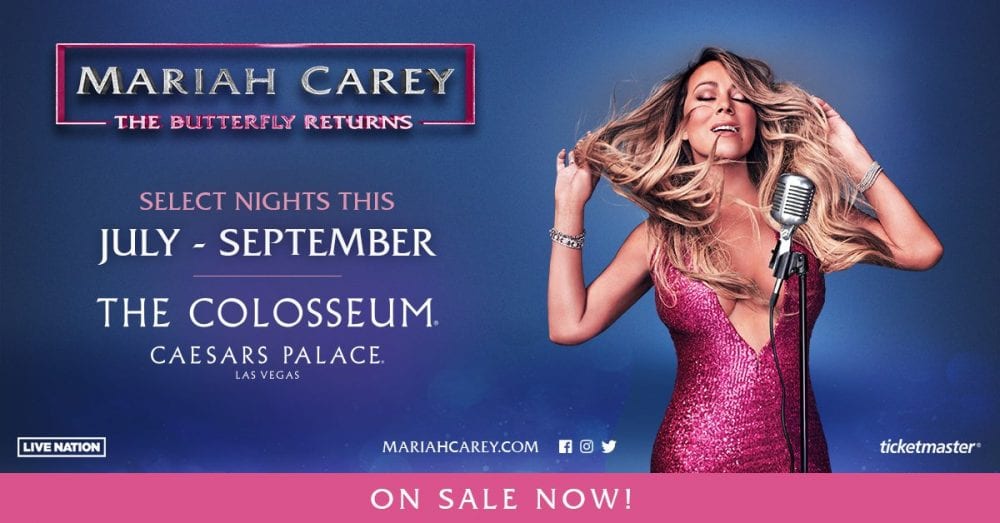