‘Spongebob Squarepants’ Makes Its Mark On Broadway With 12 Tony Nominations

When Spongebob Squarepants hit Broadway, critics weren’t quite sure of how the run would play out, but since its debut in December of last year, the show has garnered stellar reviews and 12 Tony Award nominations.

Nearly everyone knows the classic cartoon TV show about a sponge who lives in an underwater town called Bikini Bottom with his friends Sandy Cheeks and Patrick Star, but director Tina Landau wanted to create her own version of the show. She described to Billboard that her idea for the play was “an art installation and a rock concert and a party and a great story all wrapped up in one.”

Ethan Slater, who is a Broadway newcomer and was nominated for Best Leading Actor in a Musical for Spongebob, said that the show isn’t meant for just kids. While kids while enjoy the humorous nature of the show, it’s not necessarily meant for kids, as it is based around physical comedians.

“There was always an effort to approach it as a musical with these characters,” Slater told MarketWatch. “It’s a totally original story, original music. That was really important. Not making a lowest-common-denominator kids show but making a great show with these famous characters.” 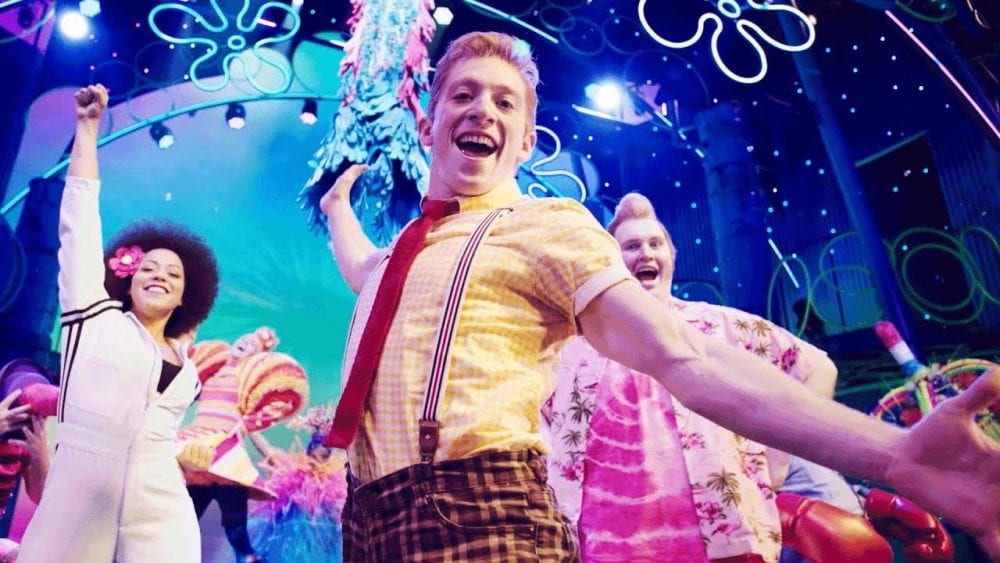 Although Nickelodeon’s brand is ‘kids first,’ Cyma Zarghami, president of Nickelodeon and Viacom Media Networks Kids & Family Group, described that a quarter of the play’s audience is filled with adults without kids.

“People expect it to be a kids show,” Zarghami said. “We’ve worked very hard to try and illustrate to the audiences that this is not a costume character show and lean into the music and the score and the visuals of the characters who are not wearing costumes.”

The team has been working to let guests know that this is a show for everyone, and surprisingly, millennials have been a leading force in that process. By word-of-mouth and social media reach, people have been receiving the message that the show is a hit, no matter your age. Fellow producer Susan Vargo explained that these millennials are passionate about the show who “consume, consume, consume and they come back a lot.”

Spongebob features score music from some of the hottest stars in pop music like John Legend, Cyndi Lauper, Sara Bareilles, and the Flaming Lips. The musical is unorthodox; rather than making the stars of the show wear big, stuffy costumes, they are simply playing their characters in human form, with some cool additions. For example, Gavin Lee, who plays Squidward Q. Tentacles, gets to rock a four-legged suit and even performs a tap dance with all his feet. 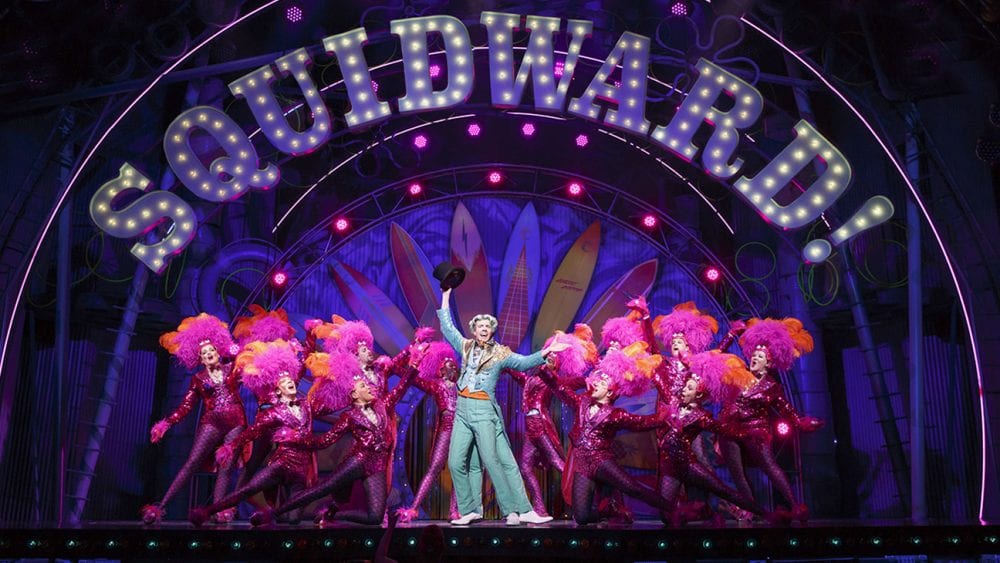 Lee told Deadline that the show works because of the cleverness, imagination, and the props. The humor isn’t crude, but rather “intelligent family humor,” and the characters are all trying to come across as human. The interesting take on the TV show definitely seemed to work, as it has received 12 Tony nominations – the highest number of nominations along with the show Mean Girls.

Spongebob is up for “Best Musical,” “Best Book,” “Best Direction,” and “Best Original Score,” among others. The Tony Awards will determine whether or not the show extends its run past September, which is the current closing date.

For a chance to see the play this year, visit Ticket Club to grab tickets at the Palace Theatre in New York City.