In 2016, the electropop/acoustic singer first launched her career with the single “Make Me (Cry),” and followed with a slew of singles: “Stay Together,” “I’m Stuck,” “Almost Famous,” “Slow,” and “My Way,” to name a few. She garnered more attention after opening on Katy Perry’s Witness World Tour in 2017. Last month, she dropped the track “Lately,” and her debut album is expected sometime this fall.

“I’ve been waiting for such a long time to travel and see my fans who have been supporting me the last couple of years,” Cyrus said in a statement. “I can’t wait for them to come experience this sad girl’s dream world. We’re either gonna dance or cry the night away.”

The 19-stop club run, dubbed ‘The Good Cry Tour,’ is set to kick-off on September 22 in Ft. Lauderdale, Florida, and will make stops in cities like Baltimore, Detroit, Chicago, Los Angeles, and Seattle. Portland, Oregon will close out the tour on October 24.

Visit Ticket Club to find tickets to see Cyrus on tour this year. 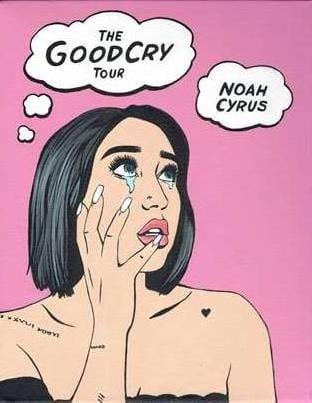