The show, dubbed “Zedd on the Rocks,” is set to take place on Wednesday, June 19 and will include opening performances from Hippie Sabotage, Snakeships, and producer Dwilly.

“It has been a dream of mine to play my own Red Rocks show ever since I saw Incubus’ Alive DVD at this magical venue many, many years ago,” Zedd said in a press release. “I’m beyond excited to finally announce this show and bring my new production to Red Rocks.”

Zedd first made his debut with the smash-hit album Clarity after signing with Interscope Records in 2012. He has since released True Colors in 2015, featuring “Addicted To A Memory,” “True Colors,” and “I Want You To Know,” along with a string of singles. Early last year, he dropped the enormously successful track “The Middle” with Maren Morris and Grey, which spent 23 weeks on the Billboard Hot 100 and garnered over 800 million streams.

He is also known for tracks “Stay” with Alessia Cara, “Stay The Night” with Paramore’s Hayley Williams, and “Starving” with Hailee Steinfeld. On Valentine’s Day, he dropped the catchy bop “365” with Katy Perry.

Throughout 2019, Zedd will be performing across the U.S. at venues like Las Vegas’ Omnia Nightclub and Hakkasan Night Club, as well as Cincinnati’s Great American Ball Park. Additionally, he can be found playing at Firefly Festival, Coachella Valley Music and Arts Festival, Ultra Music Festival, and Rodeo Houston this year.

Pre-sale tickets to Zedd on the Rocks will be available today, and tickets will go on sale to the general public on Friday, March 1. 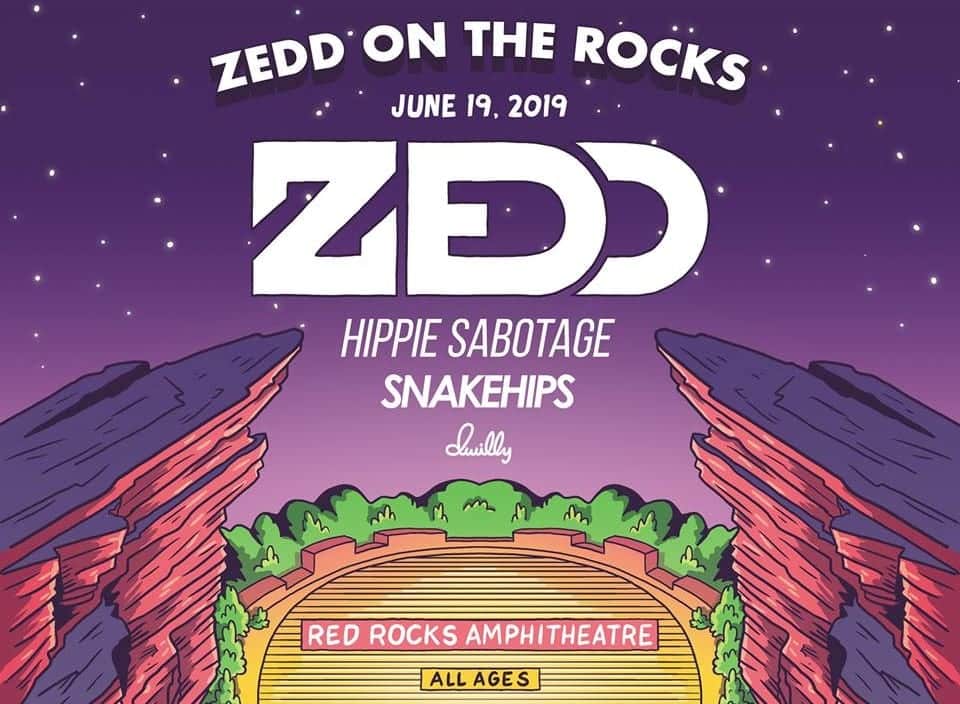