Dave Wakeman4 Intix4
I’m back from INTIX 2020 and everything is bigger and better in NYC! I’m not sure of the final numbers, but I think over...

I’m back from INTIX 2020 and everything is bigger and better in NYC! 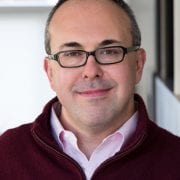 I’m not sure of the final numbers, but I think over 1,400 people attended this year’s conference in midtown Manhattan and I met hundreds of folks on the trade show floor, in sessions, and wandering around. In fact, I’m still a little dazed from all the connecting and networking. But I wanted to share with y’all a few takeaways from this year’s conference. In fact, being 2020…why not 20?

1. There was a large international presence:

I know that making sure all the world’s ticket folks have a home has been the goal of INTIX’s board and CEO, Maureen Andersen, for the last few years and this year’s conference really delivered a much greater international flavor.

I never mentioned this during my trip to INTIX, but I managed to create two panels that had almost all voices that brought an international flavor and it really brought a great dynamic to our conversations.

I never mentioned it to the panelists that the prerequisite was having an international background but Simon, Angela, Martin, Gabe, Guislaine, and Frederic…surprise, you were part of my desire to bring a more diverse and international perspective to my conversations!

3. Danny Frank can throw a party!

Many people came up to me to talk about the Wednesday night celebration. One person exclaimed, “Danny Frank can throw a party!”

4. Venue tours were a big hit:

The tour of Radio City Musical Hall was especially popular with folks.

Having been in Radio City and around Radio City a lot of times over the years, hearing how special the experience was for folks reminded me that this is a good lesson for all of us to remain conscious that something that is old hat to us could be a once in a lifetime or first time thing for someone else.

Strategy and the impact of having the right strategy and communicating it up and down the organization came up at more points than I’d ever heard before.

I was happy because I think making sure that you have a strong strategy that is communicated up and down the organization is likely a real key to success.

6. The keynotes were both big hits:

I’m not sure if it was the first time someone sang to open INTIX, but if it was…it shouldn’t be the last time.

And, after Jimmy Roberts, several people mentioned to me that, “I’m not even a golfer and I can use…”

Which I think is the highlight of a good speaker.

7. The backdrop of NYC added a sense of excitement that people really enjoyed:

Opening night on Broadway was great!

Having the chance to hang out on Broadway with the lights and action of Broadway below everyone was a really great way to open the show and for many people another once in a lifetime experience.

On more than one occasion, I saw folks tweet or post to social media about their “opening” or “playing” Broadway for the first time.

9. The conversations between the primary and the secondary market are continuing to become more productive:

Nothing happens in a straight line, but I saw a lot more productive conversations taking place between and about the primary market and their relationship with the secondary market than I have before.

That can only benefit the customer because I think both sides of the market can learn from each other.

10. People really have listened and learned from “The Business of Fun”:

Allow me to plug myself, but I am always amazed and grateful at the response that people give me about listening to my podcast and learning from it.

Over the last several days, I had people reference my conversation with Stephen Glicken from Project Admission, Tony Knopp from Ticketmanager, and many others. And, the fact that people listen and learn from all these great people is

I also had one person have a friend of mine asked if he could get her on the podcast! The answer was, “yes!” Duh!

I was chatting with my friend, Michael L from the New Amsterdam and we got to talking about old school ticket selling.

(Spoiler: he’s one of the folks that taught me about Broadway and Broadway box offices many years ago.)

Our conversation reminded me how important people are and to try and quote Michael, “we are just around to make a little magic.”

12. There were a lot of new faces and voices:

I know that my friend Jacob from FC Copenhagen made his debut. Samuel Biscoe from the UK was there and speaking for the first time, I think. And, I had Frederic Auoad from Stay 22 on my panel.

And, scrolling through the agenda, I think newer voices were a theme.

The more voices, the more diverse the industry and the ideas that have a chance to take hold.

13. So many great tools and technologies are available:

To piggyback and the conversation with Michael L, the technology is a tool to help us do more of the human stuff, but the technology has shot forward and gives us greater freedom than ever before.

I can’t highlight everyone or everything, but Sean Kelly and his team at Vatic have produced some really strong results using dynamic pricing in the arts.

I love the work that Einar and Martin are doing with Activity Stream and talking about the “total marketing” concept.

The things that Rob Walters was sharing with me about Patron Base struck me as cool and exciting, especially as he works to penetrate new markets that they’ve never entered before.

14. Catching up with old friends and learning about their new projects was always great:

I never get to see the full Audience View team at once, but as they were rolling out their rebrand it was fun to catch all of them at once.

The rebrand looks good and finding out that those are light beams and not rock fingers was slightly disappointing, but I still enjoyed learning more about what they are working on now.

It was also great catching up with the team at Today Tix. They were awesome to me when I was going to Australia for the Ticketing Professionals Conference in Sydney in November. And, learning more about how they are expanding their services was great because I see how impactful their work with Harry Potter has been in Australia.

This is less an observation about this year’s INTIX than it is a general suggestion about the industry. But take the opportunity to be a part of a committee or take action.

I can say without a doubt that my participation has been rewarding both personally and professionally.

I’ve been a part of the technology committee at INTIX.

My good friend, Cat Spencer, is on the board.

Everyone agreed, giving back is amazing and makes the value of membership and connection more powerful.

16. There was plenty of bacon at this year’s annual breakfast:

This joke only hits if you were at the 2019 conference in Texas, but there was no bacon in Dallas.

So having the right amount of bacon was one of the NYC committee’s top priorities.

17. INTIX is focused on being a year-round organization:

From my conversation with members of the board, I know that a priority is to continue to work to be wherever tickets are being talked about.

One big thing that I would encourage all of you to look at is to check out your local chapters and find ways to connect with and get involved in your community.

18. If you are at a conference and you get a chance to see Tessitura’s Erin Koppel present, do it:

In back to back years, she’s put together workshops that keep me engaged. And, she does a fantastic job titling her presentations…which is tough!

So if you see her speaking at a conference, check her out. Helping folks take action and be proactive is a key skill that she has. So check her out.

19. Overall, the content at INTIX continues to add value and reflect the changes that are taking place in the industry:

I noticed a much broader content profile this year from career development, onto helping ensure that all guests are accommodated, to time management, customer service, and much more.

It is great to see the content continue to evolve and adapt to the changing demands of people at all stages of their careers.

20. INTIX is a love letter to the industry:

The biggest thing I took away from this year’s INTIX was that it is a love letter to the industry and the positive thing is that the conference continues to evolve and reflect that no matter where you are coming from in the industry, there is a place for you and that the power of people creating powerful experiences for other people carries a lot of weight in a world where we are continually pulled apart and in many different directions.

Also, I’d love it if you’d sign up for my weekly newsletter on all things tickets, live experiences, and live events: Talking Tickets. It’s free!

This post originated on DavidWakeman.com. It has been republished here with permission. Wakeman is a branding and strategy expert who often opines about the ticketing world on his website and twitter. If you like this stuff and the stuff he usually posts, he does a Sunday email that talks all about value, connection, and humans. You can get that for free by sending him an email at [email protected].