Foo Fighters46 SJM1 Ticketing273 Ticketmaster789 Ticketmaster UK6
Foo Fighters fans were left outside Tuesday night at Manchester’s Etihad Stadium after their tickets were rejected at the barcode reading turnstiles due to...

Foo Fighters fans were left outside Tuesday night at Manchester’s Etihad Stadium after their tickets were rejected at the barcode reading turnstiles due to a ‘human error.’

For hours, fans crowded outside, waiting for Ticketmaster UK to rectify the situation. Some fans were allowed into the venue at 6:20 p.m., while 2,000 others listened to the opening acts from behind closed doors. Fans took to Twitter, outraged at the situation. 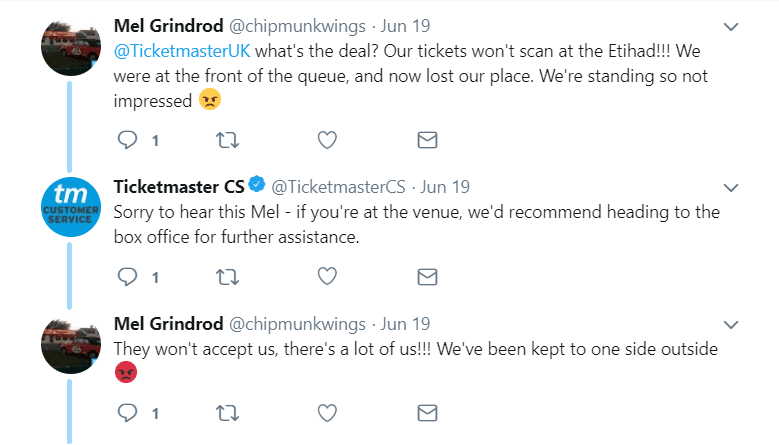 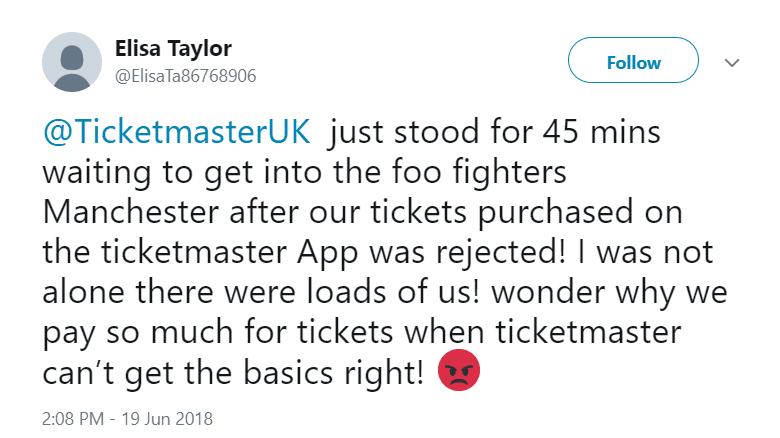 One fan shared a picture of the crowd outside, showing how many people were stuck in a ‘pen,’ unable to enter the venue. 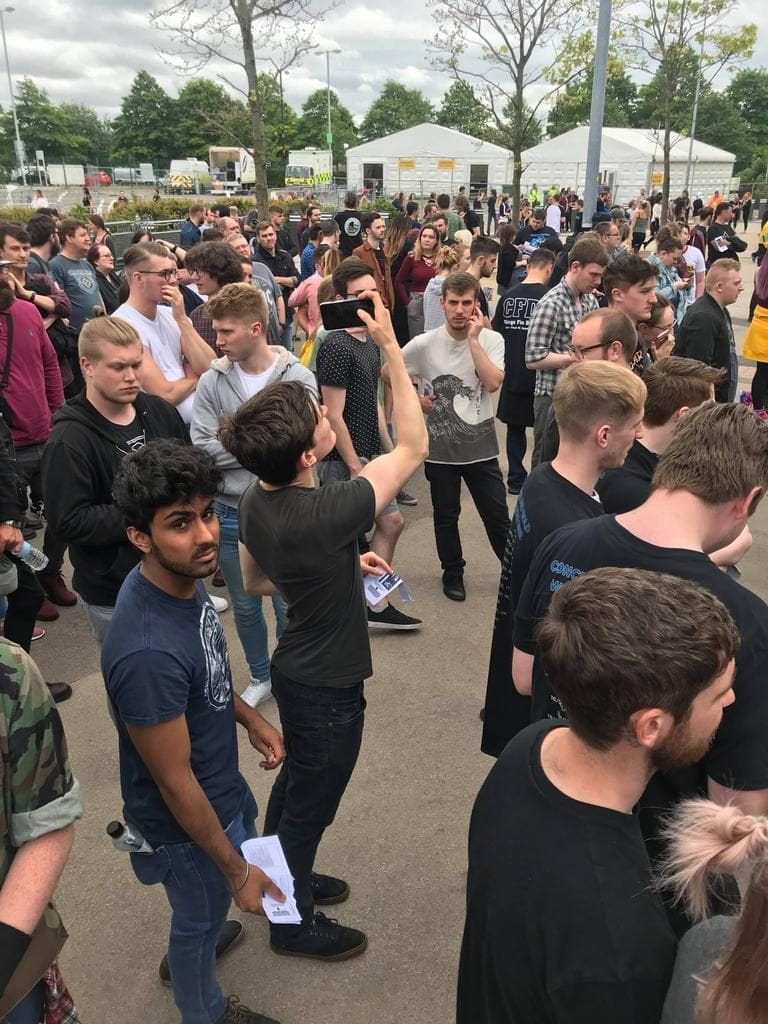 After missing the opening acts, the situation was finally fixed. Concert promoter SJM said that this was not a Foo Fighters error and they apologized to fans who experienced delays. They will be contacting fans directly in “due course.”

“There was an initial problem with 2000 barcodes not scanning,” a spokesperson for SJM told The Mirror. “Unfortunately due to human error, a percentage of barcodes provided by Ticketmaster for tonight’s Foo Fighters concert at Etihad did not work.

“This has been corrected and all fans are now able to get into the stadium. The problem is now resolved. Everyone is getting into the show and all gates have ran freely once the technical issue was resolved.”

This debacle wasn’t the first time Ticketmaster or SJM screwed up with ticket issues before a show. In August last year, Ticketmaster had a massive outage during several sporting events, including Kansas City’s Arrowhead Stadium, Atlanta’s Mercedez Benz Stadium, Sun Devil Stadium at Arizona State University, and the U.S. Open tennis tournament in New York. Similarly, concertgoers at a U2 show in British Columbia experienced an outage, leading to fans receiving free tickets after missing opening act Mumford and Sons.

Just last week, fans were outraged at SJM during a Billy Joel show at Manchester’s Old Trafford. There were issues while the stage was being built, forcing it to be brought forward more than the original planned position. However, this affected fans’ view of the stage, and although some concertgoers were relocated, those that are disabled were unable to move. Ticketmaster UK stonewalled the fans as they asked questions and sent in complaints.

Foo Fighters, who are led by David Grohl,  are currently on their ‘Concrete and Gold Tour.’ The next stop is tonight at London Stadium before the group heads to the U.S. for the North American leg of the trek.

Visit Ticket Club to find tickets to a Foo Fighters show this year.