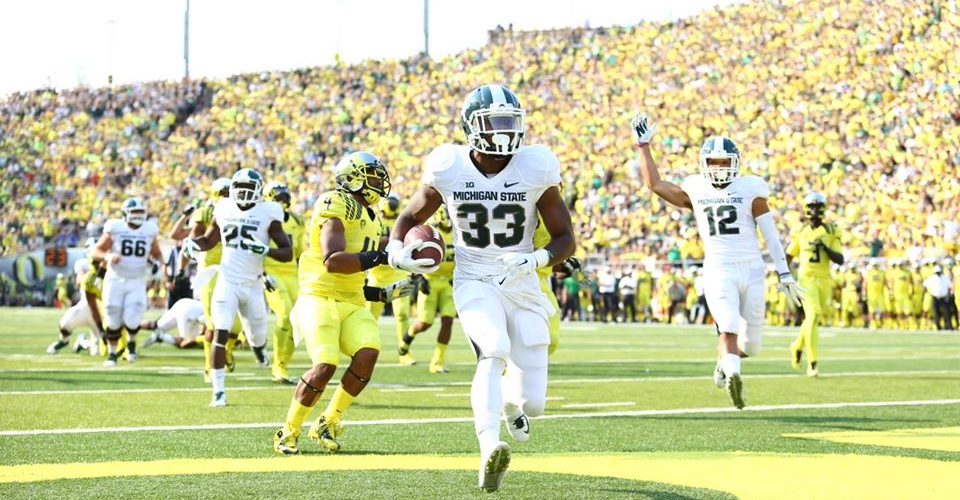 Michigan State football fans likely won’t be able to pack Spartan Stadium this fall, but officials are aiming to at least partially fill the seats at games.

An official capacity is yet to be determined as states and institutions work out how to put on events with reduced crowds. However, Michigan State athletic director Bill Beekman is setting his sights on a range to accommodate fans safely.

“National facility groups that have looked at this across college and pro football stadiums, the ranges have been between the capacity of 17% on the low end to as much as 35% on the high,” Beekman said in video conference, via the Detroit Free Press. “I think we would be planning on numbers somewhere in that range. In terms of 70,000 seats, be able to fill somewhere in the ballpark of 20-30% range.”

Lucky fans given priority into Spartan Stadium for socially distant games would be MSU students, while season ticket owners and major donors would fall as the next-highest priority. However, Beekman is working to bring both groups into the fold so long as social distancing measures can be put in place.

“That’s a fluid number as we think about people that are renewing [season tickets] and at the same time calculating how many of them we could safely fit into the stadium,” he said. “So we’re trying to bring those two things together.”

The landscape for college football will certainly be different this season than any other. States and individual schools are setting their safety standards for staging games, which ranges from Texas Gov. Greg Abbott to allow stadiums to be filled at 50 percent capacity to Arkansas Gov. Asa Hutchinson leaving the exact capacity undetermined for the time being but assuring fans they will be in attendance.

Michigan Gov. Gretchen Whitmer has said that no stadiums within the state – either college or pro sports – would be filled this fall and would likely not reach full capacity until a coronavirus vaccine is available.

Michigan State is adjusting to this new normal by implementing ways to reduce contact within Spartan Stadium, including touchless faucets and concession payment systems. Football players will be welcomed back onto the campus for voluntary workouts beginning June 14 and must be subject to two negative COVID-19 tests before being cleared to work out.