After much speculation, popstar Harry Styles announced that his forthcoming North America Love On Tour dates have been postponed to fall 2021.

While the news is heartbreaking to fans, it’s not necessarily surprising. Over the past few weeks, fans have been waiting for Styles to make an announcement regarding the dates, since he had already rescheduled European shows earlier this year. The North American tour was slated to kick-off later this month, making stops in cities like Detroit, Boston, Denver, San Diego, and New York before wrapping-up in Las Vegas early September.

Now, these shows have been postponed to 2021, starting in Tacoma on August 14 and running through Atlanta on October 28. His special two-night Halloween gig, slated to take place at Madison Square Garden, has also been rescheduled to October 30 and 31, 2021.

Styles took to Twitter this afternoon to share the news, noting that although he was excited to head to North America this summer, the threat of coronavirus was too severe.

“The well-being of my crew, and all the fans around the world will always hold top priority,” Styles said in a statement. “I can’t wait to see you all out on the road, as soon as it’s safe to do so. We are in a moment of necessary change and growth in the world. I will be using this time to listen, and to educate myself on how I can help more in the fight for justice and equal rights for all in the future. I hope that you will take time to do the same. Treat people with kindness. I love you all.”

Styles would have been touring this summer in support his latest LP, Fine Line. The sophomore record follows his 2017 self-titled debut and features the single “Lights Up.”

See the rescheduled dates below. 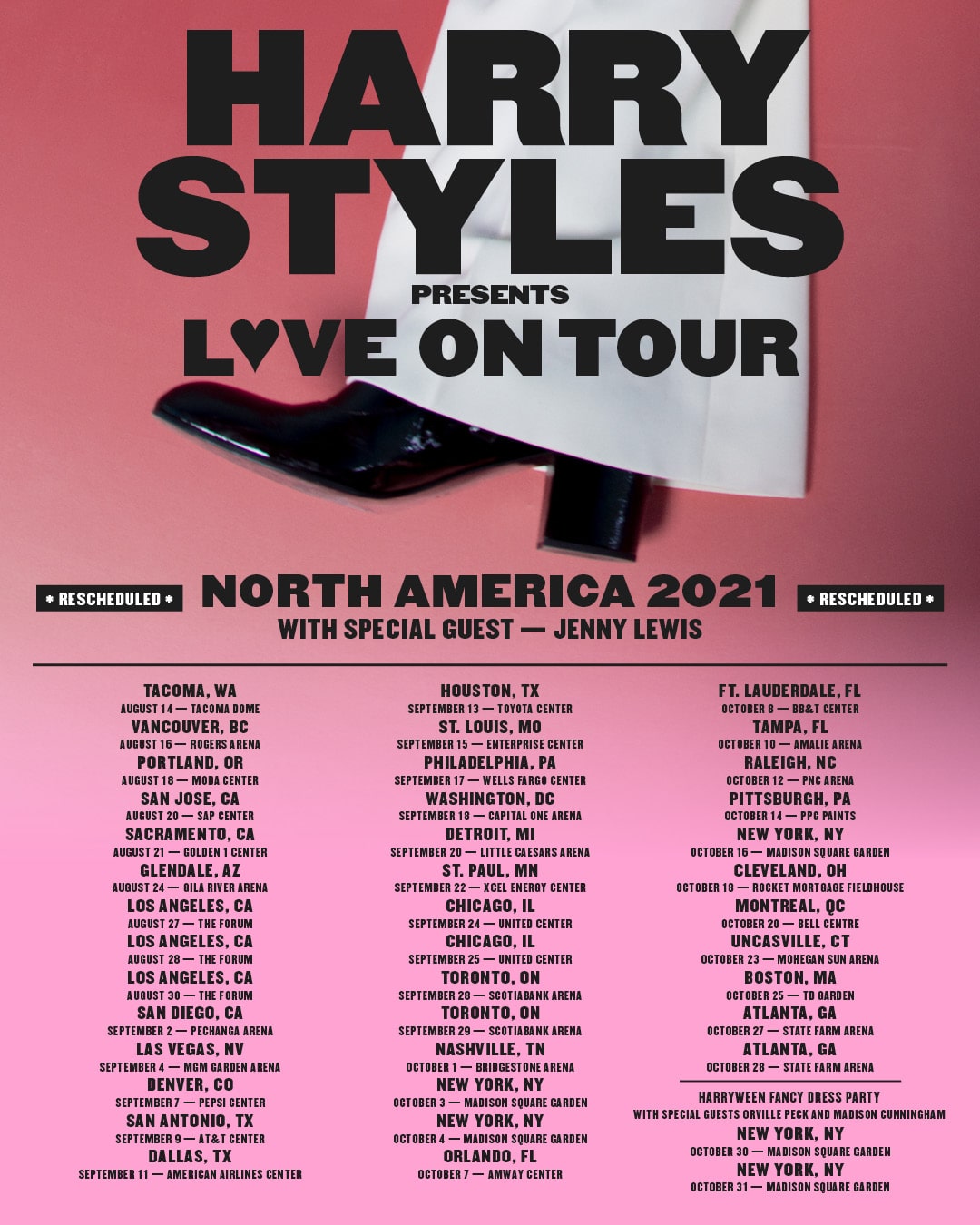