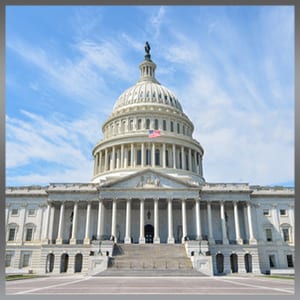 Anti-Bots Bill Passes the US House of Representatives

BOTS Act5 FTC13 Janice D. Schakowsky1 Marsha Blackburn1
Yesterday, the US House of Representatives passed HR 5104, the “Better On-line Ticket Sales Act of 2016” or the “BOTS Act”. The bill will...

Yesterday, the US House of Representatives passed HR 5104, the “Better On-line Ticket Sales Act of 2016” or the “BOTS Act”.

The bill will make unlawful for any person to sell, offer to sell, or use computer software that is primarily designed or produced for the purpose of circumventing a technological measure that limits purchases made via a computerized event ticketing system. The federal bill is similar to other state anti-bot bills, except that it grants the FTC enforcement powers and would constitute an “unfair or deceptive act or practice.”

The bill’s main sponsor, Republican Congresswoman Marsha Blackburn from Tennessee stated that “we have some individuals or groups that deploy hacking software that launch thousands of simultaneous requests for tickets on a ticket site….the BOTS Act will stop people from gaming the ticketing system, and it will increase access to events for fans of live entertainment.”

Democratic Congresswoman Janice D. Schakowsky of Illinois, ranking member of the Commerce, Manufacturing, and Trade subcommittee stated that she supports a bill which “empowers the Federal Trade Commission to go after these bots.” She went on to say that more needs to be done, pointing out that “a significant share of seats is held back for the artist, fan clubs, promotions, and other special groups. There is little transparency about what is actually being put up for general sale… It is not the only improvement that we need to make to help ticket buyers.”

The bill will move on to the Senate. The BOTs Act’s future is uncertain since the Senate will probably be on recess for most of October through the end of the year.

To read the text of the bill, Click Here