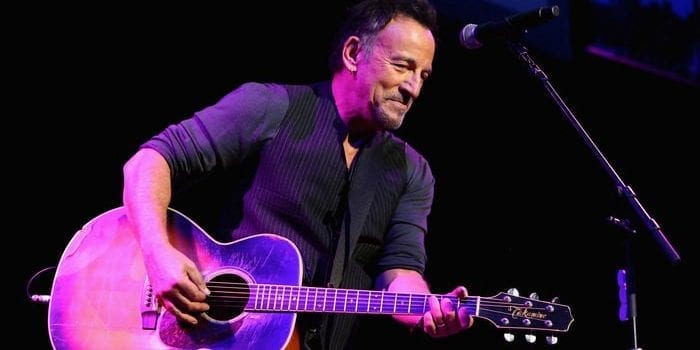 Springsteen5 Springsteen on Broadway110 Walter Kerr Theatre10
Of all the places in the world to pass off an unkind word about “The Boss”, the last one you’d expect would be the... 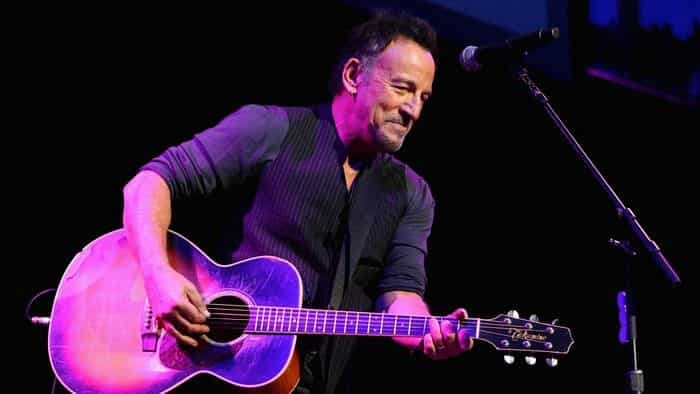 Of all the places in the world to pass off an unkind word about “The Boss”, the last one you’d expect would be the local press in New Jersey – his home state and base of adoration stemming from his start on its northern shore.

But that’s just what we got this week, when Bobby Oliver turned in his opinion on an early staging of Bruce Springsteen’s “Springsteen On Broadway” show at the Walter Kerr Theater – which has already made millions in its limited run.

For all its fevered anticipation, “Springsteen on Broadway” is largely two hours of this: Springsteen tells a version of an anecdote many fans already know — virtually every bit of monologue in the production’s story-then-song pattern appeared first in the memoir — and then he plays a tune, mostly hits and fan favorites, from the thick catalog.

For many fans, this will be more than fine – to use a crude euphemism, they’d probably pay $900 (the approximate face value of an Orchestra seat at the sub-1000 seat venue) to listen to the man fart through a telephone. But for those looking for something unique from the legendary performer, the show fails to deliver in any meaningful way.

Aside from the intimacy – which is obviously far more than Springsteen fans have gotten in decades, given his penchant for selling out massive venues wherever he goes – the writer doesn’t pull any punches in his review.

I left “Springsteen on Broadway” wondering what Bruce actually created here, besides increased visibility for Ticketmaster’s polarizing new Verified Fan selection method, and a celebration of his most affluent supporters in a ritzy Broadway setting his working-man characters couldn’t begin to afford.

Given that some major Bruce loyalists have already thrown in the towel on their adulation after being put through the emotional wringer by the aforementioned “Verified” program, only to be denied access to the sale, it’s going to be interesting to see what the final verdict on this run will be in hindsight. It seems likely that some will pay handsomely for the right to see something that will probably be available on DVD in a short while, and be fine with that. But the lingering bad taste by those who pay through the nose (even on no service fee marketplace Ticket Club, the lowest price to get through the door approaches $2,000 for most of the shows where tickets are available) and only got warmed over stories and the same songs as always could prove a bridge too far for some.

Future historians will decide, as the saying goes.