Ticketmaster780 YouTube8
YouTube announced today a partnership with Ticketmaster that will allow users to view an artist’s upcoming tour dates and purchase tickets with the click...

YouTube announced today a partnership with Ticketmaster that will allow users to view an artist’s upcoming tour dates and purchase tickets with the click of a button.

The announcement, posted on the Official YouTube Blog, says that:

At YouTube, we understand the importance of helping artists find ways to build deeper connections with their fans — the ones who not only watch and listen to videos, but are also willing to pay to see live performances. And, with live concerts becoming a bigger driver of revenue for artists, we want to help artists reach those fans, keep them updated about upcoming shows, and sell more tickets.

The new integration will undoubtedly tap into a huge market given the popularity of the video platform. MTV lost the “music” portion to reality shows some time ago, and YouTube is now the main source for watching an artist’s music videos. On an official artist’s YouTube page or underneath an official video, any upcoming concerts near you be listed by closest location and link to Ticketmaster to buy tickets.

As of today, the feature is set up for North American tour dates only, but YouTube says it plans to expand globally. 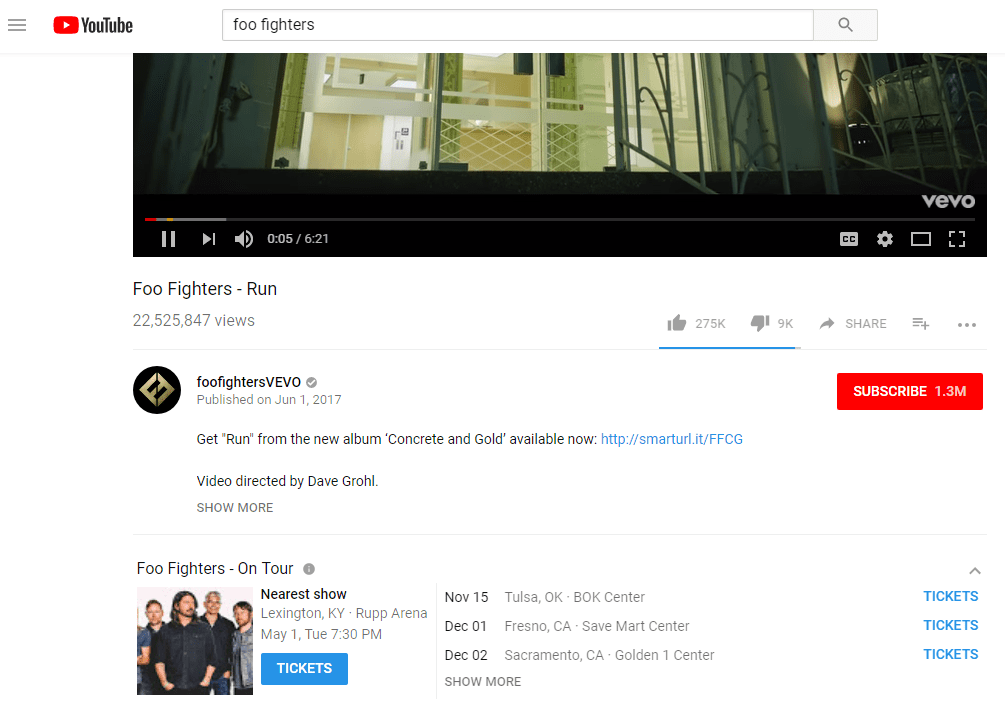