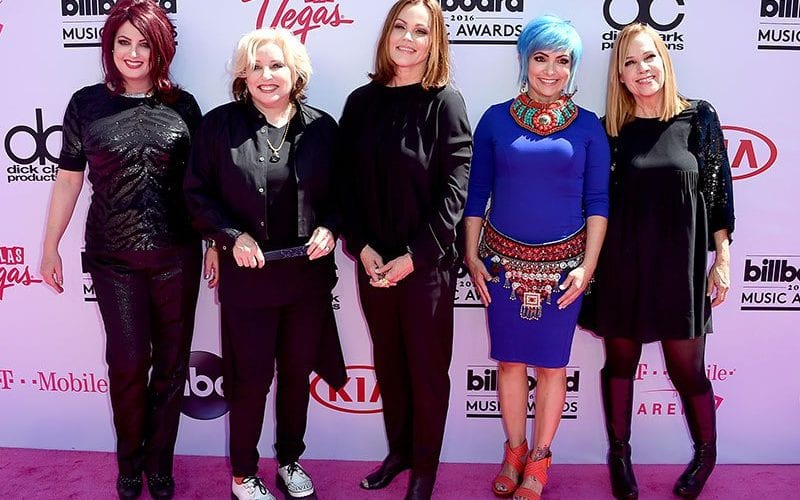 Head Over Heels, a new musical featuring the songs of The Go-Go’s and co-produced by Gwyneth Paltrow, is headed to Broadway in 2018, Broadway.com confirmed today.

Inspired by Sir Philip Sidney’s 16th-century pastoral romance Arcadia, the new musical is described as an Elizabethan love story turned on its head. There’s a duke, a mysterious prophecy and two daughters: one mobbed by suitors, the other…not so much. All of this is set to the beat of 1980s pop icons the Go-Go’s, including such hits as “We Got the Beat,” “Get Up and Go,” “Cool Jerk,” “Vacation,” “Our Lips Are Sealed,” “Lust to Love,” “Head Over Heels” and Belinda Carlisle’s solo hits “Mad About You” and “Heaven Is a Place on Earth.”

Casting and dates for the production have yet to be announced, but it will first play at San Francisco’s Curran Theater from April 24 through May 20, 2018 and then at a Broadway theater to be announced during the 2018-2019 season. Along with signing on Paltrow as one of the show’s producers, Head Over Heels boasts a book by Avenue Q Tony Winner Jeff Whitty, direction by Hedwig and the Angry Inch Tony winner Michael Mayer, and choreography by Falsettos‘ Spencer Leff.

The Go-Go’s (Charlotte Caffey, Belinda Carlisle, Gina Schock, Jane Wiedlin and Kathy Valentine) said, “If you told us thirty years ago that our songs were going to be in a musical, we’d have said, ‘Of course they’ll be on Broadway!’ None of us would have really believed it, though—what a crazy idea! Yet here we are, with Head Over Heels—a celebration of love in all its forms, joyful, fun and full of heart, driven by the songs that for decades have been making people jump from their seats and dance.”

The show follows a notable trend among Broadway shows that depends on an existing fan-base for box office draw through either a celebrity cast member, biographical plotline, or a familiar score or characters (think Bette Midler in Hello, Dolly!, Beautiful: The Carole King Musical, and SpongeBob SquarePants: The Musical). Jimmy Buffett, The Temptations, and Cher are all also expected to inspire Broadway shows in the coming year.

Head Over Heels premiered in 2016 at the Oregon Shakespeare Festival and this year, held a workshop at New York Stage and Film.