Heavy metal band Judas Priest is teaming up with the English rockers of Deep Purple for a co-headlining, head-banging tour across North America later this year.

The 25-date trek will launch on August 21 in Cinicinnati, Ohio, and make stops across the country and throughout Canada, hitting Montreal, Jacksonville, Atlanta, and Virginia Beach. California will wrap-up the tour with a show in Wheatland on September 30.

Deep Purple, who brought to life the rock hit “Smoke On The Water,” released their 20th studio album, Infinite, last year. In support of the record, the band embarked on a world tour, spanning from May through December, and this summer, they still have some additional dates to headline by themselves. The band lineup includes singer Ian Gillan, bassist Roger Glover, and drummer Ian Paice from the original 1970s crew, along with members Steve Morse on the guitar and keyboardist Don Airey.

The metalheads behind Judas Priest just released Firepower last month, their 18th album to date. Firepower scored the No. 5 spot on the Billboard 200 chart, which is the highest chart placement the group has received since their 1988 classic, Ram It Down. Currently, guitarist Andy Sneap will fill in for Glenn Tipton, who recently announced he is suffering from Parkinson’s disease. Judas Priest is sure to please the crowd with a rendition of their most popular hit track, “Breaking The Law.”

General public tickets go on sale this Friday, April 27 at 10 a.m. Check out the full list of tour dates below.

Visit Ticket Club to find tickets to a show to the co-headlining throughout September. 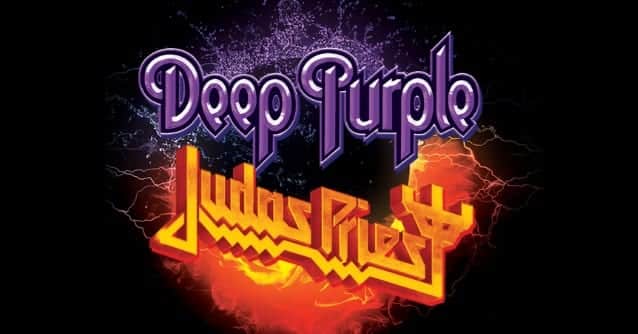