Dave Matthews Band72 St. Josephs Health Amphitheater2
Earlier this week, thousands of fans were left stranded for almost two hours while waiting for a shuttle to take them to St. Josephs’s...

Earlier this week, thousands of fans were left stranded for almost two hours while waiting for a shuttle to take them to St. Josephs’s Health Amphitheater at Lakeview for the Dave Matthews Band concert in Syracuse, New York.

“What really upsets me about it you know these tickets cost $60 for lawn seats and we’re standing out here and the concert’s starting,” one concertgoer told the station.

The concertgoers took their frustration to Twitter, lashing out at the venue. Many were upset that they paid for this concert and then due to lack of planning on the venue’s behalf, were stuck between the decision of waiting for a shuttle and missing part of the show or crossing the highway and putting themselves at risk. St. Joseph’s Health Amphitheater responded to the frustration, offering “Please have patience and be safe.”

The amphitheater’s apology was not taken well by fans; many were even more frustrated with the venue, claiming that although the venue  “hears” them, fans did not get to “hear” the first part of the show. 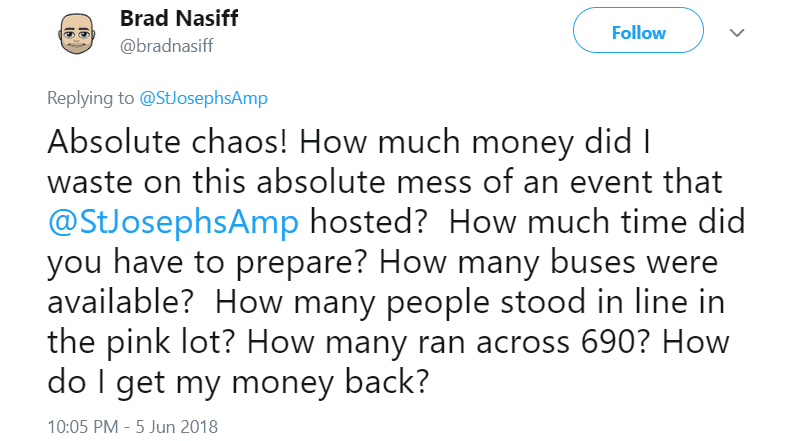 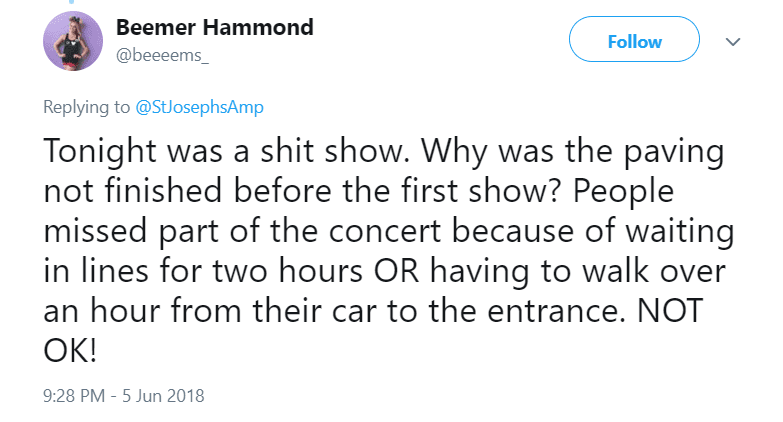 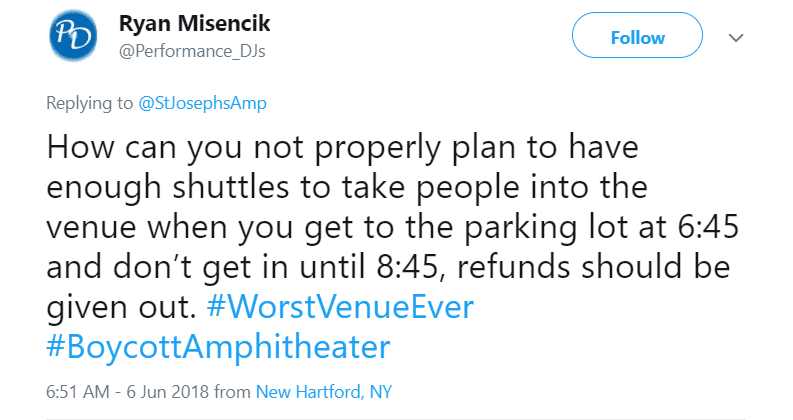 A county spokesperson said that more shuttle buses than ever before were running during the show that night – but it still wasn’t enough. The last group of people to make it on the shuttle to the venue boarded at 9 p.m. The concert had started at 8 p.m.

The Orange Lot construction is expected to be finished before the start of the New York State Fair on August 22.  There are multiple concerts that are taking place before then, including the Kenny Chesney show tonight. In an attempt to fix the parking situation, the amphitheater wrote on Twitter that all parking lots will be open four hours prior to the scheduled show time, including the Orange Lot.