Pop-punk hitmakers State Champs, The Maine, Mayday Parade, and The Wonder Years will be playing your favorite sad songs as a part of the emo-fest of the summer.

The tour, dubbed the Sad Summer Festival, will hit 16 dates across the U.S., starting in Dallas, Texas on July 5. From there, they’ll hit cities like Atlanta, Orlando, New York, Columbus, and Denver before wrapping-up in Anaheim, California on Ausut 3. Throughout the trek, bands Mom Jeans, Stand Atlantic, Just Friends, and L.I.F.T. will take the stage, as well as special appearances from Four Year Strong, Set It Off, Forever the Sickest Kids, Emo Nite, and Every Avenue, varying per date.

State Champs are currently on their Living Proof Tour supporting their 2018 record, while The Maine will release the new record You Are OK this year. Both Mayday Parade and The Wonder Years returned to the music scene last year after four years with Sunnyland, and Sister Cities, respectively. This will be an especially exciting show for fans of Every Avenue since the group has not released new music since 2011’s Bad Habits and just announced a comeback last fall. Additionally, Forever the Sickest Kids began teasing a return earlier this year; the group has not toured since 2017.

General admission tickets to the fest go on sale this Friday, March 22. Check out the full rundown below. 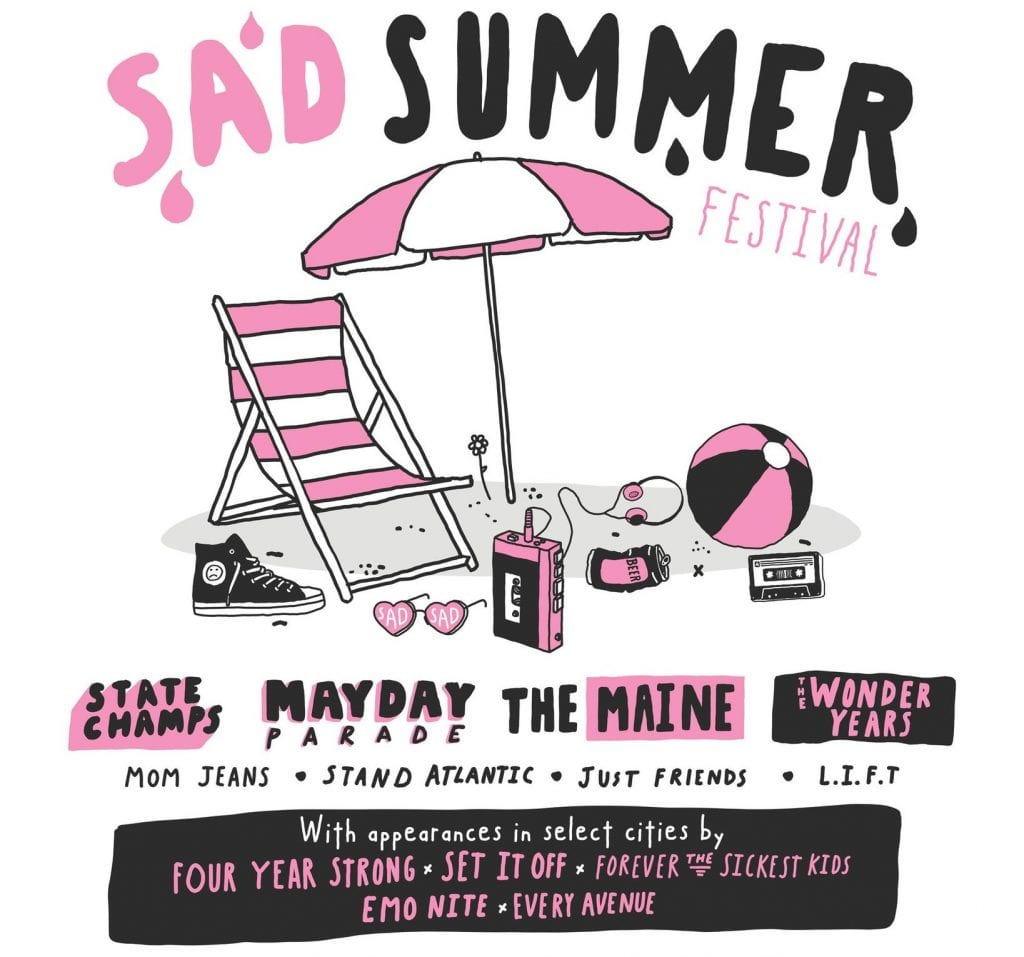