Nelson is bringing the show to “America’s Dairyland” because the state is currently in a dairy crisis, with dairy herds down 40 percent from a decade earlier, a Farm Aid spokeswoman told the Milwaukee Journal Sentinel. Last year, Wisconsin reportedly lost 700 dairy farms, and this year, it has already lost 300.

Farm Aid noted that the current U.S. farming economy resembles conditions back in 1985 when Nelson first founded the organization.

“With devastating weather, low prices and harmful farm and trade policies, America’s family farmers are facing immense challenges to hold on to their farms,” Nelson said in a statement. “It’s not right…family farmers are essential for all of us. By bringing our festival to the heart of the struggle, we will stand side by side with farmers.

“At Farm Aid 2019, we’ll highlight solutions and show our support for family farmers’ contributions to our health, economy, and environment.”

Last year, Farm Aid stopped in Connecticut for the first time at Hartford’s XFINITY Theatre. Since its debut, the foundation has raised more than $57 million to support family farms and raise awareness. Funds raised during the show in Wisconsin will go “directly towards our mission of building a vibrant, family farm-centered system of agriculture in America.”

Grab tickets to this year’s show via Ticket Club. 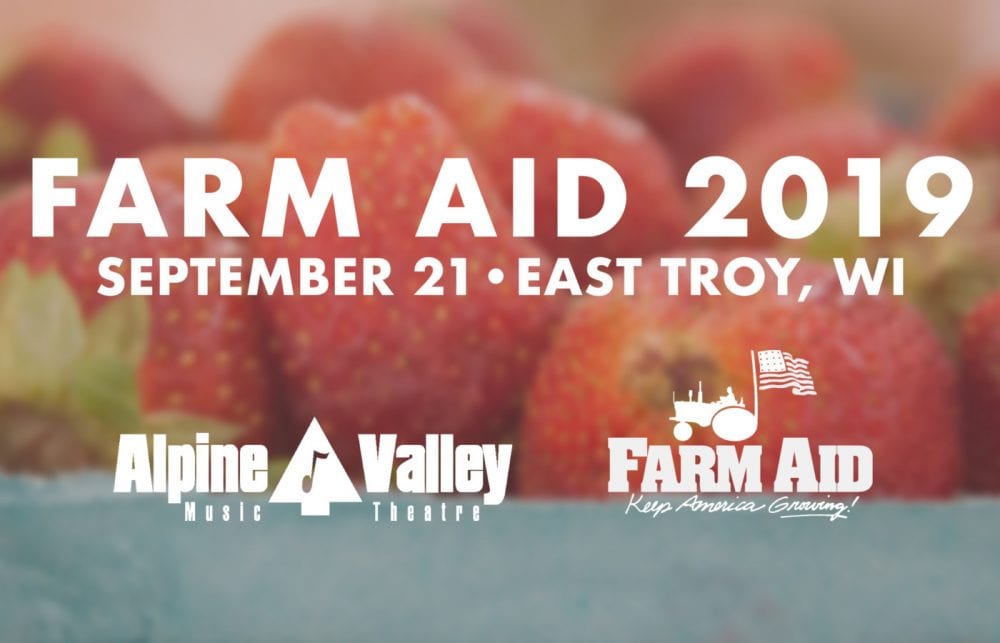