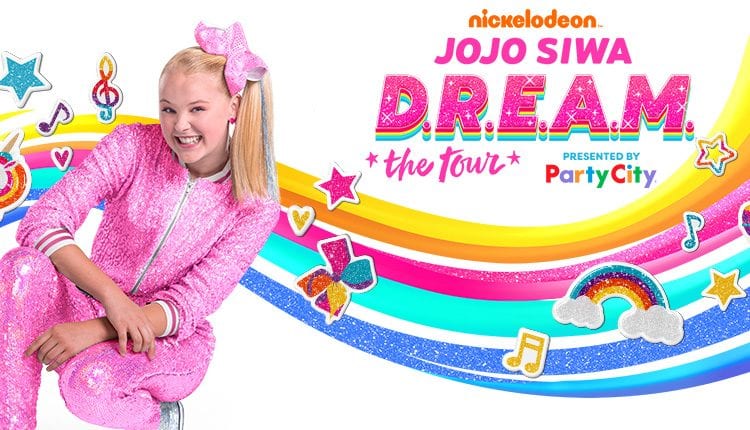 The Nickelodeon star who’s breaking records on her world tour, JoJo Siwa, isn’t ready to call it quits just yet.

Over the weekend, Siwa revealed that she would be adding 50 dates to the already massive trek. Currently, Siwa is touring throughout Europe and the UK, where she became the youngest artist to not only perform, but headline London’s O2 Arena. She’ll kick-off the new year with a brief outing in Australia through January. Then, she’ll return to the states with a gig in Colorado Springs on March 11. Along the way, she’ll visit cities across North America like Sacramento, Fresno, Calgary, Winnipeg, Portland, Washington, D.C., Tampa, Houston, and New York City before wrapping-up on June 6, 2020 in North Little Rock.

Siwa has been touring since this past May. On the newly-announced leg of D.R.E.A.M. The Tour, she’ll visit some of the same cities – like Salt Lake City and Los Angeles – while also hitting some venues for the first time, like the Allen County War Memorial Coliseum in Ft. Wayne, Indiana and the Resch Center in Green Bay, Wisconsin. Along the way, Siwa will be joined by The Belles.

The 16-year-old, who appeared on the reality TV show Dance Moms, has garnered attention in the industry on various Nickelodeon shows. While she’s nearing 18-years-old, Siwa has a younger fan base, attracting fans with her bubbly, unique personality. Despite what people might say, Siwa know’s she’s different, noting in a recent Instagram post that she’s thankful people accept her for who she is.

“Trust me, I know I’m different from most 16yr olds, I know I dress different, I know I act different, I know people my age don’t normally live life the way I live mine, but I get to do what I love 24/7 and I get to inspire the next generation of kids on such important incredible things like being kind, being confident, and having fun!” she wrote. “Love you guys.”