Chris Stapleton’s All-American Road Show tour got a lot bigger Friday, as the singer announced a slew of new shows, nearly doubling his planned calendar for 2022. Chris Stapleton tour dates for the coming year now range from March through the end of October, with 24 new shows making for a total of 57 on his calendar. 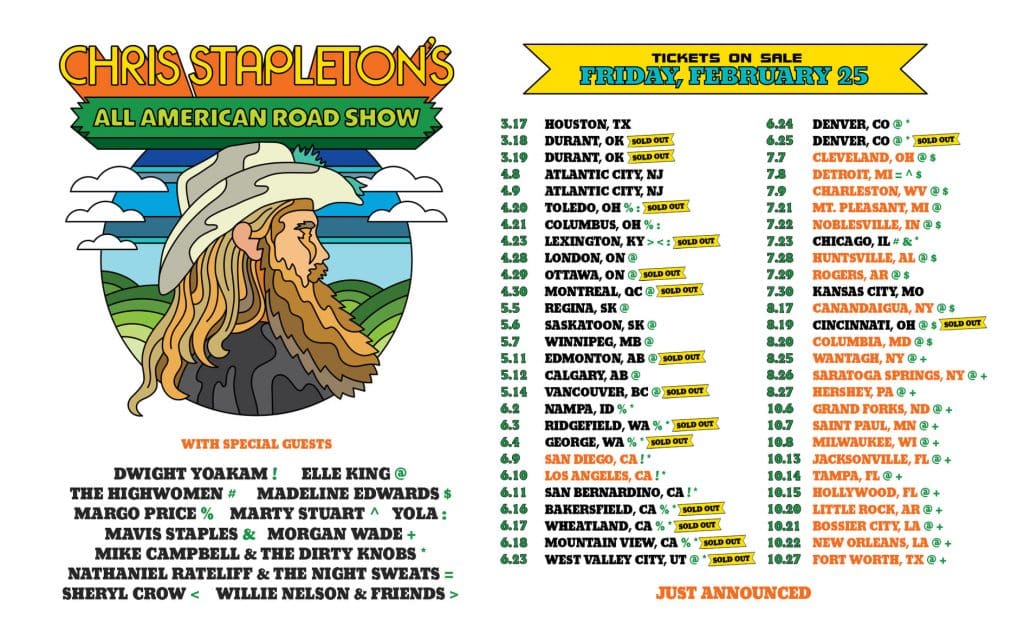