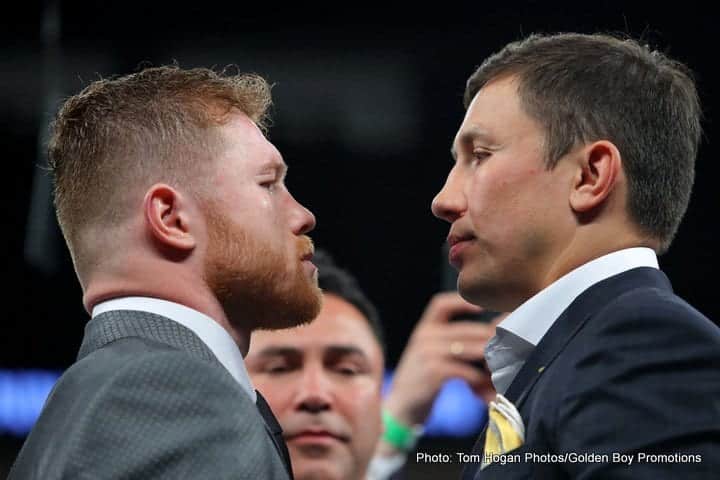 Despite being over three months away, the title fight between Gennady Golovkin and Canelo Alvarez sits atop our market heat rankings on this Friday morning, the hottest seller on the secondary market Thursday according to numbers from TicketNetwork.

With “GGG” unbeaten and Alvarez coming in at a tidy 49-1, the middleweight bout is sure to pack plenty of punch (pun intended). For those not into boxing, perhaps its best not to watch the video below of Golovkin managing to knock out Danny Geale despite being popped in the face as he was throwing the knockout punch…

Overall, it’s a sport-heavy ranking, with NBA Finals action and NHL Stanley Cup purning up the charts, as well as UFC 214 in the Top 5. There’s even a regular season baseball game in the rankings, as the red-hot Astros visited Kansas City last night. Bob Seger, U2 and the CMA Music Festival represented the non-sports world in the rankings, which are updated each weekday here on TicketNews.

Click the links below to find tickets for upcoming events among the Top 10 on TicketClub.