NYU2 Stern School of Business1 Ticket Resale94 University of Southern California1
With tickets straddling the boundary between a physical good owned by the purchaser, and ethereal ‘right’ owned by the venue, attraction, or team, there...

With tickets straddling the boundary between a physical good owned by the purchaser, and ethereal ‘right’ owned by the venue, attraction, or team, there is always an active battle going on with who has final say on anything related to the live event experience.

The tug of war between the “primary” world – which often sees artists or teams charge below the value a market will bear for the live experience – and the “secondary” where those willing to pay the market price are able to get their desires fulfilled in a limited-seat world, will exist forever. Business experts agree that the only way to keep that secondary world fair is to keep it open and legal, where consumers can have legitimate businesses operating with accountability.

Efforts by those seeking to stifle the existence of the secondary market will only lead to a black market, where resale goes back to the era of shady dealings and back-room operation where consumers venture at their own risk. Rather than bringing fairness and ease to the ticket buying process in the name of battling “scalping,” such a move would be disasterous for the consumer.

In a study done by three business school professors, it was found that the secondary market can actually benefit both the primary market as well as the ticket consumer in many ways. Conducted over the course of five years by Victor M. Bennett of (University of Southern California), Robert Seamans (New York University) , and Feng Zhu (Harvard University), the 2014 study looked at the way that the primary market was affected for any given show when its tickets became available for resale. It specifically studied the impact of tickets posted on free marketplace Craigslist.com, but the professors also “observed a similar effect each time eBay Inc.’s StubHub entered a local market, though the study isn’t based on the StubHub data”.

Seamans, a professor at NYU’s Stern School of Business, explained in a recent conversation with TicketNews that reducing friction in customer access brings one of two effects in a given market. The first is a cannibalization effect that naturally occurs when purchase for a single product is made available through more than one seller. If demand exceeds supply, this is when consumers can be faced with prices that exceed face value. Resellers hike prices because, simply put, they can. That’s the land of the free (market) for you. 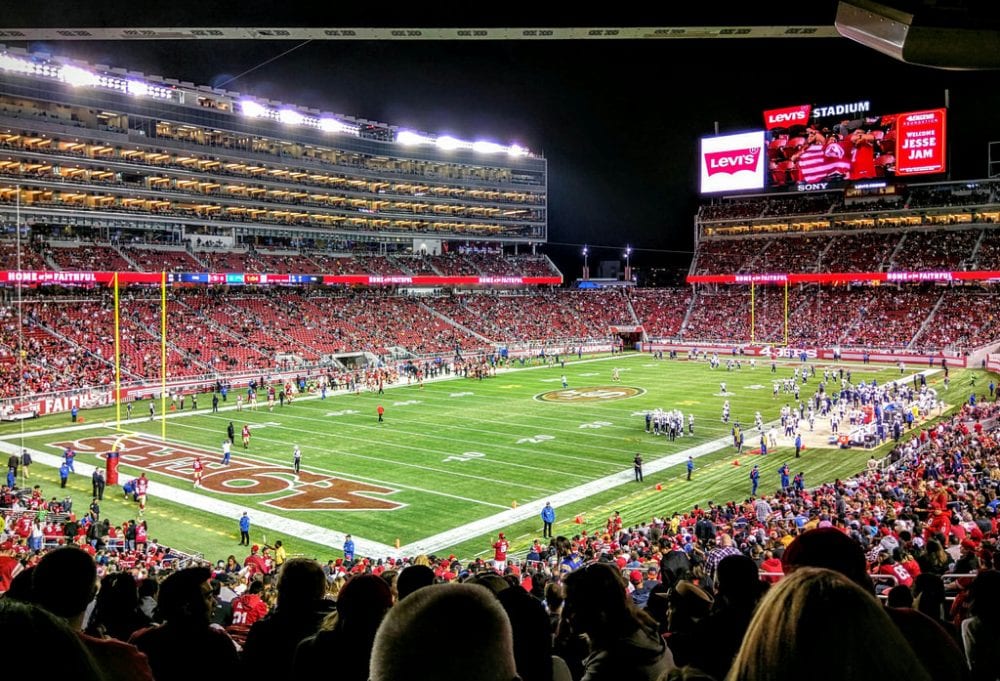 When supply exceeds demand, you see headlines like those deriding attendance for 49ers games like the one last night, which saw secondary market prices dive lower than venue concessions.

However, if supply exceeds demand, this is when consumers can save money using the secondary market. If a lesser-known artist isn’t selling out a venue, secondary brokers will start slashing prices just to get tickets off of their hands. Ticketmaster and other primary sites may say that their interest is in the wallet of the consumer, but they actually benefit from inflated resale, as well. Their real issue is with situations like these, when lower-than-expected sales force them into a price war with resellers. They can, and likely will, blame scalpers for their own upset customers all they want but again, that’s the way of the free market.

The second effect of secondary ticket sales is what’s called the option value effect: when consumers know that they have an ability to resell their ticket, especially a pricey one or one for an event that’s a ways away, they are much more likely to take a leap on that initial primary purchase. When the secondary market thickens for a popular show, the primary market benefits. When it thickens for a low-selling show, primary loses out. Either way, the consumer has more options.

In addition, Professor Seamans points out that “making resale more difficult for the public can net a negative effect because the market will always do better when search is more accessible”. No matter the prices, a search engine inquiry that returns only one website off of which a consumer can actually purchase what they’re looking for is not good business for the consumer, the venue, the artist or team and their promoter, or really anyone else involved. In short, he states that “in general, consumers are better off when the secondary market is active”.

Ticket buying is a particularly contentious market; with loyalty and fandom comes great passion. The resale market- often coded with ill-connoted words like “scalpers” or “bots”- has become an easy target when the primary leaves fans feeling frustrated or disappointed. The reality is that ticket resale is legal, inevitable, and yes, beneficial. Laws should protect a consumer’s right to price-compare and choose their own seller, as well as sell tickets themselves in case of emergency or even in entrepreneurial spirit. The more ticket buying options there are, the better.