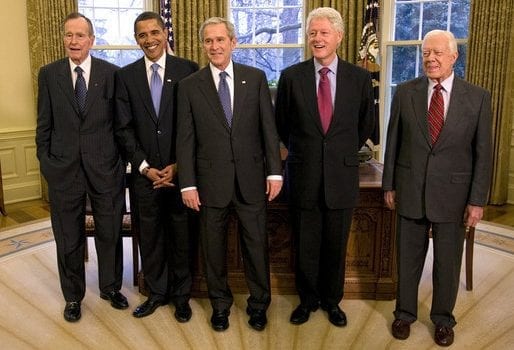 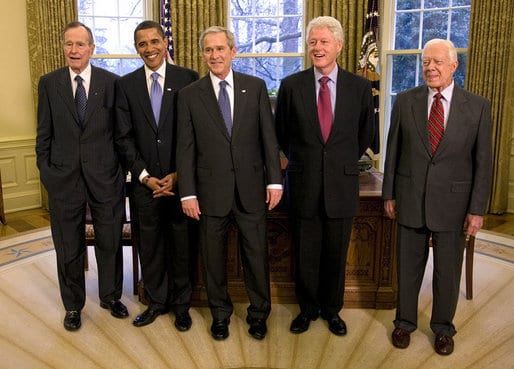 “This catastrophic hurricane season has already caused hundreds of billions of dollars in property damage, displaced millions and destroyed entire communities. As a result, our fellow Americans are facing overwhelming challenges. The staggering, urgent need is simply beyond the capacity of government alone to address every facet.”, the foundation’s concert announcement reads.

“Thanks to our generous underwriters, every dollar you spend to attend Deep from the Heart will go to help these storm victims start the process of healing and recovering. With top musical talent from Texas and beyond, it promises to be an uplifting, unforgettable night.”

“The 43rd President and I, and our distinguished colleagues in this ‘One America Appeal,’ are very grateful to these wonderful performers — some of them old friends, some of them new — for giving their time and talent to help the urgent cause of hurricane recovery in Texas, Florida and the Caribbean,” President George H.W. Bush said in a statement.

David Jones, CEO of the Bush Library and Foundation, tells Texas A&M Today the idea was President Bush 41’s idea. “What was originally scheduled to be a celebration of the 20th anniversary of the Bush Library and Foundation and Bush School of Government and Public Service quickly became an opportunity to raise money for hurricane relief following Hurricanes Harvey, Irma and Maria.”

Texas A&M is home to the Bush Library and Foundation and Bush School of Government and Public Service. First priority for ticket sales was given to university students.

One America Appeal brought the former presidents together last month for the creation of the following video message, urging citizens to support the communities affected by Hurricane Harvey in Texas.

A full, 100 percent of ticket sales from the One America Appeal Concert will be donated to charities currently assisting victims of the storms. These organizations include the Houston Harvey Relief Fund, focusing on the greater Houston region; Rebuild Texas Fund, assisting hurricane-ravaged communities across the state; the Florida Disaster Fund; Juntos y Unidos Por Puerto Rico, launched by First Lady Beatriz Rossello and a private sector coalition; and The Fund for the Virgin Islands.

The event’s website states that “tickets are sold out at this time”. It’s unclear whether more tickets will be released for the benefit concert on October 21.