Tickets to the highly anticipated Reputation World Tour from pop superstar Taylor Swift don’t go on sale until next month for U.S. dates, and no exact ticket prices by venue and section can be found on Ticketmaster (by me, anyway) as of yet. However, by either some serious investigative digging by the most hardcore Swift fans, or simply a rumor that went viral, talk of ticket prices upwards of $500 per seat have taken the internet by storm, and hopeful concert-goers are not pleased.

Taylor Swift Tix states that: “Ticket prices will vary from $50 to $350+. More specific details for each city to be announced soon.”

Presumably, the best seats in the house will be $350 minimum, and increase dependent on city…by how much, we can’t be sure.

What is known for sure are the prices of her tickets for UK tour dates, which went on presale this morning to TaylorSwift.com subscribers.

According to Ticketmaster, “platinum” tickets are “some of the best available tickets to concerts and other events made available by artists and event providers” and enable “market-based pricing (adjusting prices per supply and demand) for live event tickets, like how airline tickets and hotel rooms are sold.”

Also, yes, I double-checked all of these prices and conversions (which are rounded to the nearest dollar).

Taylor Swift has unarguably one of the most dedicated fan-bases in the music industry – a power she wielded when she rolled out a pay-for-play ticket scheme that has already been costing her fans money for album downloads and merch (fancy a $15 pair of T.Swift socks, a $125 sweatshirt, or perhaps a $60 ring shaped like a snake?) The more you buy, the more “boosts” you receive, the closer in line you are for various stages of presales. 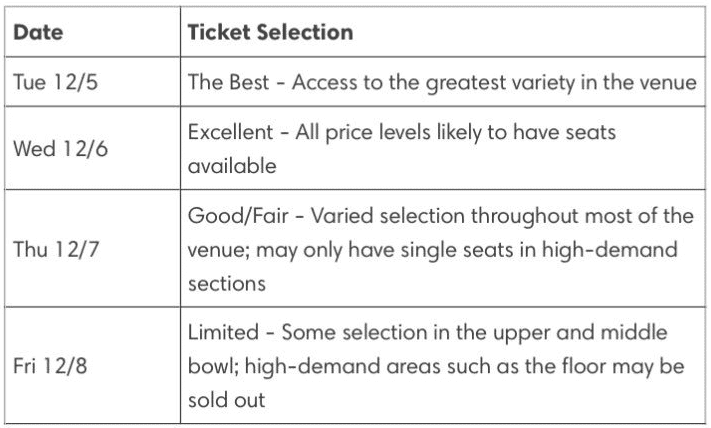 But, apparently, their undying loyalty for the pop princess can only be pushed so far. When UK tickets went on sale and rumored U.S. prices were revealed (which, if in line with UK prices are probably accurate), fans took to Twitter to express their emotions – which range from disappointment to utter rage.

Trying to get Taylor Swift pre sale tickets and the cheapest is £120 each, I love you girl but not that much

@taylorswift13 just wanna say I’m outraged at ticket prices for rep tour. I work 40 hours a week and still cannot afford to pay the extortionate price never mind the fact that most of your fanbase is young females many of them struggling students

If those are real Taylor Swift ticket prices I’ve lost all respect. Expecting young children to pay that much to be near you is absurd.

If you’re still willing and able to attend Taylor Swift’s tour – and if you registered for the Verified Fan presale and earned enough “boosts” for a code – tickets go on sale for U.S. shows starting December 5.