Jack Boyle, who built a small club in Washington D.C.’s Georgetown neighborhood into a regional promotions empire that became a key cog in the construction of Live Nation’s national hegemony, has passed away at age 83 in California. According to his son, he passed due to complications from dementia.

“Jack was one of the original powerhouse architects of the concert industry,” said Seth Hurwitz, the owner of the 9:30 Club and the Anthem in Washington, who as chairman of the District-based promotion and production company I.M.P. has largely succeeded Mr. Boyle as chief impresario of the region’s music scene. 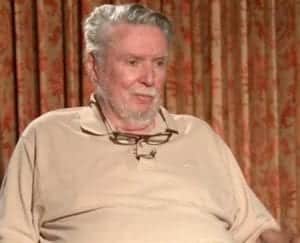 Boyle got his start in the industry in the 1960s, quitting a job in the federal government and investing in bars near his alma mater, Georgetown University. He purchased a club that would become the Cellar Door, which would lend its name to his production and promotions company. By the early 1970s, booking and producing events became the company’s primary function. In 1995, his company opened the Nissan Pavilion in Virginia, which made his company one of the largest independent promoters in the country prior to its sale to SFX (which later became Live Nation) in 1998 for more than $100 million.

Despite his successes, Boyle was not exactly known for kind words about the business he operated in.

“Basically, a promoter is a banker who gives non-recourse loans at high interest rates. If the show wins, he collects money at a high interest rate for what he risked, and if it loses, he has no recourse to get his money back. So our only inventory besides goodwill is cash,” he once told Pollstar, a trade magazine for the concert industry.

“I can’t think of any of us who would want our children to do it.”