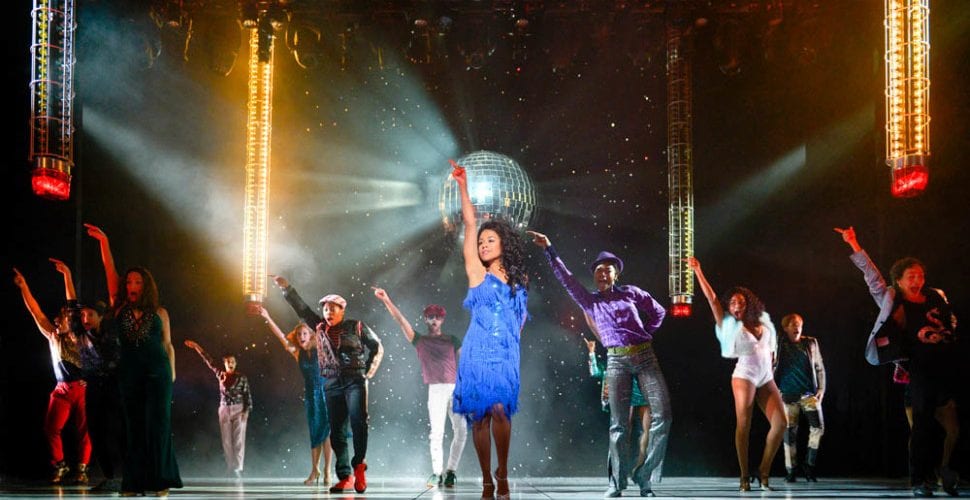 The new bio-show about the Queen of Disco, Summer: The Donna Summer Musical, is officially headed to Broadway in the spring of 2018 after its twice-extended engagement at San Diego’s La Jolla Playhouse.

Told through the dramatic lens of her final concert, SUMMER: The Donna Summer Musical presents the complexities and conflicts the iconic songwriter and singer faced in her meteoric rise – and descent. Featuring three actresses in the title role and a score with more than 20 of Summer’s classic hits including “Love to Love You, Baby,” “Bad Girls” and “Hot Stuff,” this electric experience is a moving tribute to the voice of a generation.

Additional details, including casting, for the Broadway transfer have yet to be officially confirmed, but in the three variations of Summer, La Jolla staging starred Storm Lever (Playhouse’s Freaky Friday) as “Duckling Donna”, Ariana DeBose (Broadway’s Hamilton) as “Disco Donna”, and LaChanze (Tony Award winner, The Color Purple) as “Diva Donna”.

SUMMER: The Donna Summer Musical‘s west coast engagement is currently slated to end on December 4. The production will travel to Broadway just in time for the Tony Awards cut-off next year, beginning previews on March 28, 2018 before opening on April 23 at the Lunt Fontanne Theatre.