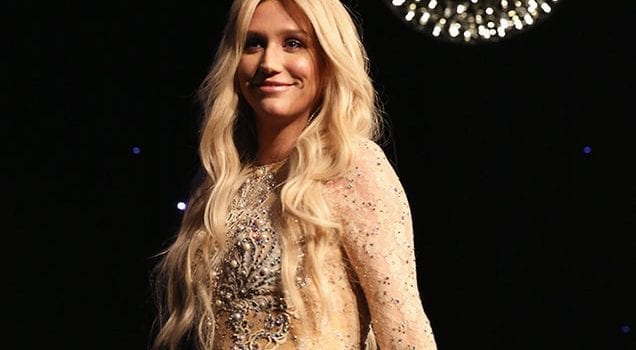 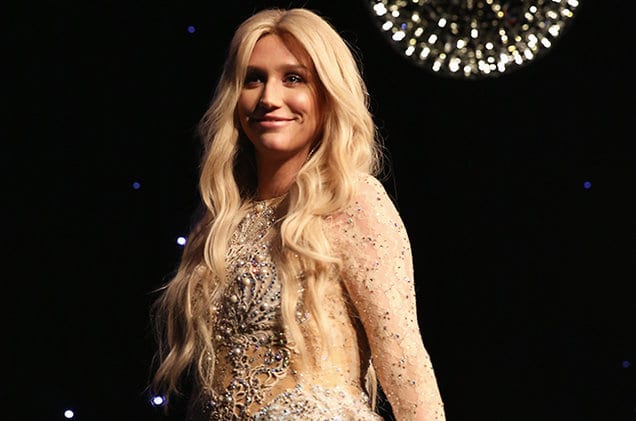 Kesha sadly announced on Tuesday morning that she will be postponing 11 tour dates in Australia, New Zealand, Taiwan, and Japan. The tour dates, which were originally scheduled throughout March and April, are being postponed indefinitely and according to the Los Angeles Times, “rescheduled dates will be announced in the near future.” However, one performance that will not be rescheduled is her appearance at Australia’s Byron Bay Bluefest performance.

The pop star released a statement on her Twitter expressing, “I’m heartbroken to be forced to postpone some of my upcoming international dates due to a recent injury I sustained while performing.” Kesha tore her ACL during a performance in Dubai on February 9th and underwent surgery for the injury on February 20th. Her publicist added that the “Praying” singer will start rehabilitation as soon as possible in order to be ready for her joint North American tour with Macklemore, “The Adventures of Kesha and Macklemore,” which is scheduled to kick off on June 6th in Phoenix. 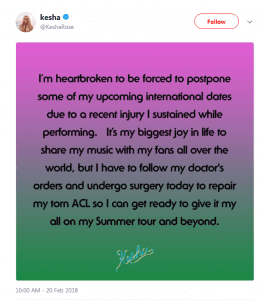 On social media, fans responded to the announcement with support but also with distress. One fan responded to Kesha’s tweet by saying, “Waiting for the new Australian dates got me all worried I won’t be able to make them.” Another fan – a bit more supportive – stated, “Oh no. I really hope I can see you in Australia but your health comes first and I hope you feel better soon my love, wishing you all the best.”

“The Adventures of Kesha and Macklemore” will be a 30-stop tour all around America and Canada starting in June and ending in August, giving fans an indication that the postponed dates will likely be rescheduled sometime after the trek concludes.