Ceasers Window1 Daniel O'Donnell3 Lee Brice2 Pitbull18 Show Cancellation11
Pitbull, Lee Brice, and Daniel O’Donnell are among the slew of artists that have had shows postponed at Ceasars Windsor in Ontario, Canada due... 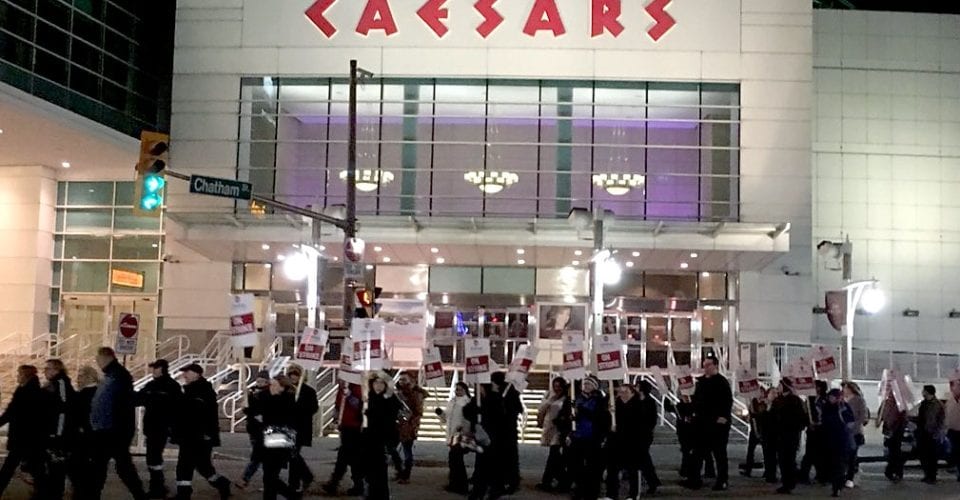 Pitbull, Lee Brice, and Daniel O’Donnell are among the slew of artists that have had shows postponed at Ceasars Windsor in Ontario, Canada due to a labor dispute.

A labor strike has now entered its second month since the work stoppage began on April 5. About 2,300 members of Unifor Local 444 walked off the job after rejecting an agreement by a vote of 59 percent, The Star reports. Since the beginning of the strike, the casino has been closed, and three strings of cancellations has been announced.

According to The Detroit News, both sides are no closer to resolving the dispute since negotiations broke off April 18. No talks are scheduled at the moment, but both are arguing over wages and work conditions. The casino offered a wage increase of $1.75 per hour for over three years to 1,345 full-time employees and 567 part-time workers, in addition to a signing bonus.

The rapper Pitbull was scheduled to perform on May 25 at the casino, followed the next day by country artist Lee Brice, as well as Irish singer Daniel O’Donnell. These were the final acts throughout the month to be cancelled, along with hotel reservations.

“This is a difficult message to release again,” Kevin Laforet, regional president of Caesars Entertainment, said in a statement. “As with earlier decisions to postpone upcoming concerts and cancel hotel reservations, it is necessary in order to give our customers advance notice to make alternate plans.”

According to the casino, the shows will be rescheduled at an undetermined date. Those who still wish to attend the concert should hold on to their ticket, while buyers who want a refund will have to contact the casino once it is officially reopened.

All upcoming shows and hotel reservations from June through the rest of the year remain booked, for now.