The weekend event will take place in Brooklyn’s Commodore Barry Park from August 25 to 26. In addition to Badu, Monae, and Tyler the Creator, ground breaking artists Miguel, The Internet, H.E.R., Daniel Ceasar, Jessie Reyez, Smino, and Jaden and Willow Smith will take the stage. This year’s theme is ‘The People Resist,’ which “brings together AFROPUNK ideology and the people who support it, in resistance to those that strive to opress,” according to Billboard.

Afropunk has introduced a new ticketing initiative called Buy One, Give One (BOGO). Each general admission ticket purchased will allow one New York City youth, who has been participating in art programs like Recess Art or Young New Yorkers, entry into the festival for free. Additionally, the Afropunk Army offers single-day tickets to volunteers who will give back to their communities with special service projects.

The fest will also feature activities like Activism Row, an education on-site installment of non-profit organizations that try to solve urgent problems in the community. Art can be found around the festival, including original murals. Afropunk is designed to celebrate the African heritage, but also keep the spirit of NYC alive. The Spinthrift Market will feature local NYC-made clothing for the “DIY-minded,” with items inspired by African art and textiles. For those who don’t want the party to end, there will be multiple after parties, dubbed Afropunk After Dark, in bars and restaurants after each night of music, including comedy shows, dances, pop-up performances, film screenings, and art installations.

Afropunk has also announced its lineup for the fest in Atlanta, set to take place from October 12 to 14. N.E.R.D., Doname, Little Simz, and Kari Faux are slated to play the show, with more artists being announced later this year. Festivals will commence in Paris, London, and Joburg later this year – the fest visited West Africa in Dakar for the first time this past May.

Check out the full line-up for the Brooklyn fest below and visit Ticket Club to grab tickets to the show this year. 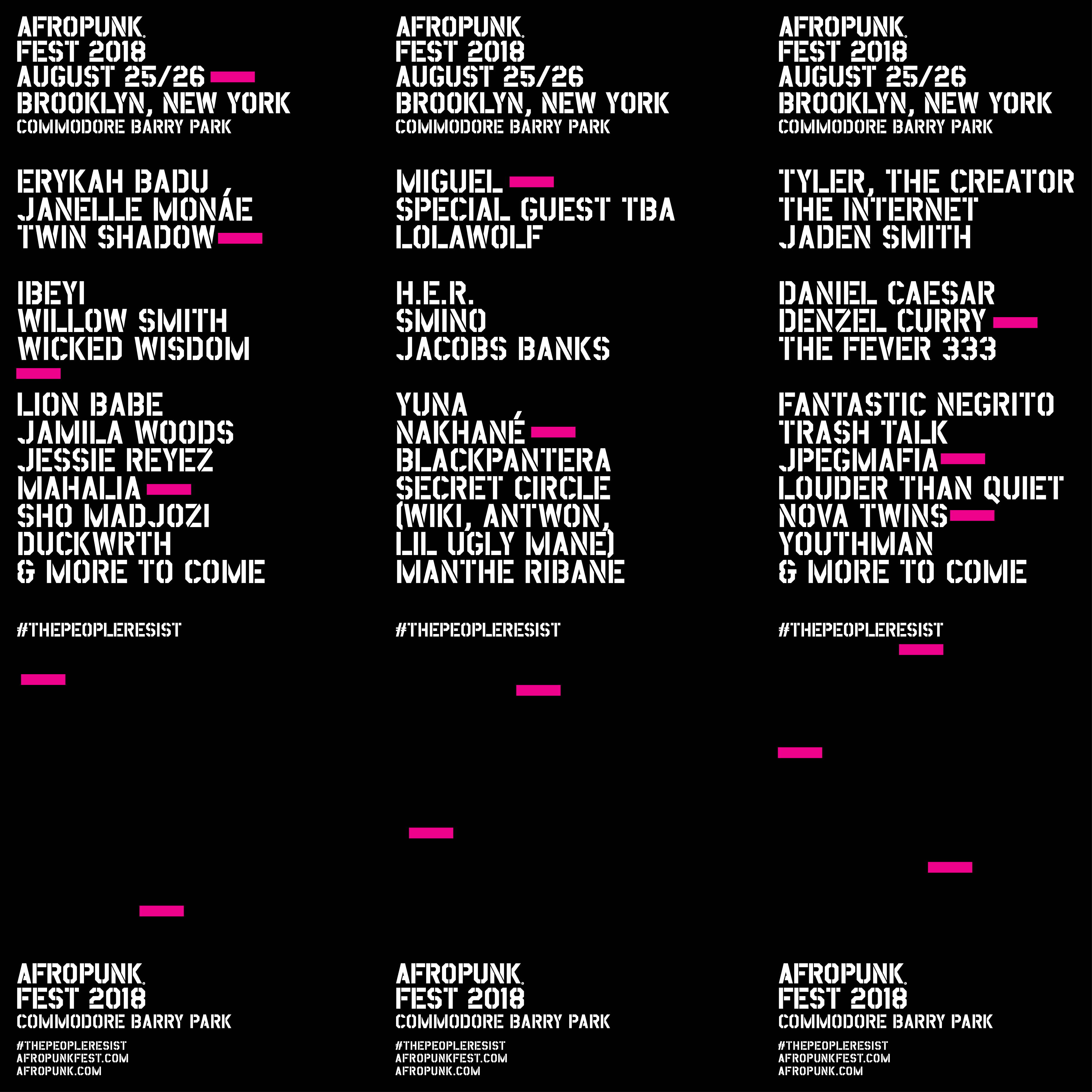