broadway318 Daniel Radcliffe1 Harry Potter3 The Lifespan of a Fact1 Theater250 Tour31
The star of Harry Potter will return to Broadway, but instead of a wizard he will be playing a fact-checker in the new play...

The star of Harry Potter will return to Broadway, but instead of a wizard he will be playing a fact-checker in the new play The Lifespan of a Fact.

The new production, which Radcliffe will co-star in alongside Cherry Jones and Bobby Cannavale, is adapted from a 2012 book, focusing on the controversial editing of a magazine essay about a teen suicide. Radcliffe will play the fact-checker Jim Fingal, Cannavale will play the essayist John D’Agata, and Jones will play a fictional version of Fingal’s boss. The play is being written by Broadway newcomers Jeremy Karaken, David Murrell and Gordon Farrell, and will be directed by Leigh Silverman with lead producers Jeffrey Richards, Deanna Twain, and Will Trice.

When Radcliffe, 28, wasn’t playing the lead role in the eight Harry Potter films between 2001 and 2011, he made his Broadway debut on Peter Shaffer’s Equus. He has also took the stage in The Criple of Inishmaan, How To Succeed in Business Without Really Trying, and most recently, the 2016 play Privacy. Additionally, he has starred in multiple films like thrillers The Woman in Black and Jungle, fantasies Swiss Army Man and Horns, and the dramas Imperium as well as his most recent 2018 flick, Beat of Burden.

The 16-week run of The Lifespan of a Fact will begin previews at New York’s Studio 54 theatre on September 20 and will open on October 18. It will play through January 13, 2019.

Visit Ticket Club to find tickets to see Radcliffe in The Lifespan of a Fact this year. 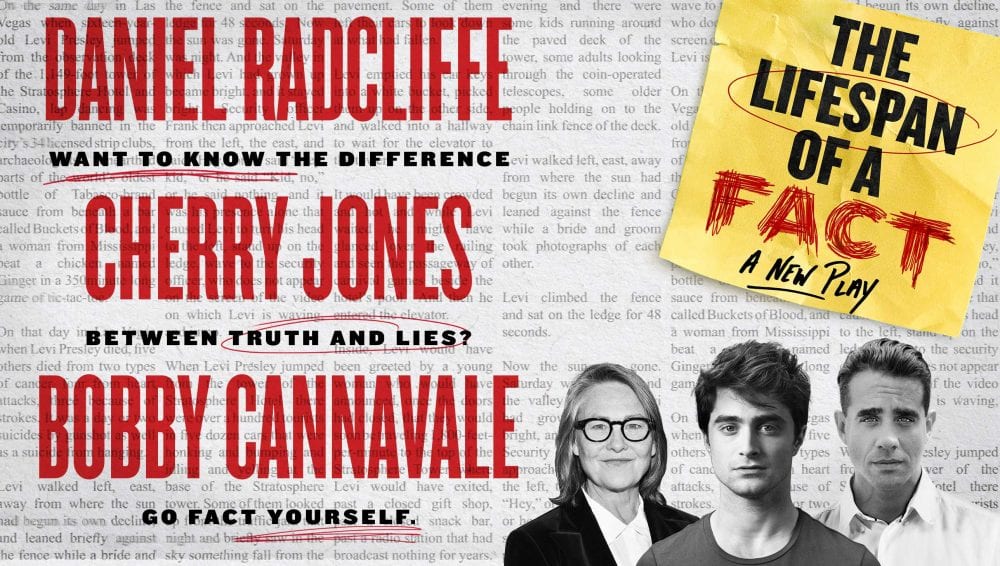