In support of his latest album Redemption, released two weeks ago, hip-hop artist Jay Rock has released a slew of tour dates across North America.

The Big Redemption Tour is slated to begin in Lawrence, Kansas at the end of September and will follow in cities like Toronto, New York, Atlanta, and Oakland.  Rock’s home city of Los Angeles, California will wrap-up the trek on October 29. Currently, the singer is on tour with fellow label mates Kendrick Lamar, SZA, Schoolboy Q, and more on the Top Dawg Entertainment: Championship Tour.

Rock will take up-and-coming hip-hop artist Reason with him for the tour. Reason appeared alongside Rock on the Black Panther soundtrack album for the song “Seasons.” This will be the singer’s first tour, which he describes as “beyond humbling.”

Redemption features singles “Win,” “The Bloodiest,” and “OSOM.” It follows his 2015 LP, 90059. He is best-known for hits “King’s Dead” and “Freestyle” with Lamar and “Do You Know” featuring kokane.

Check out Rock’s full list of tour dates below and visit Ticket Club to find tickets to a show this year. 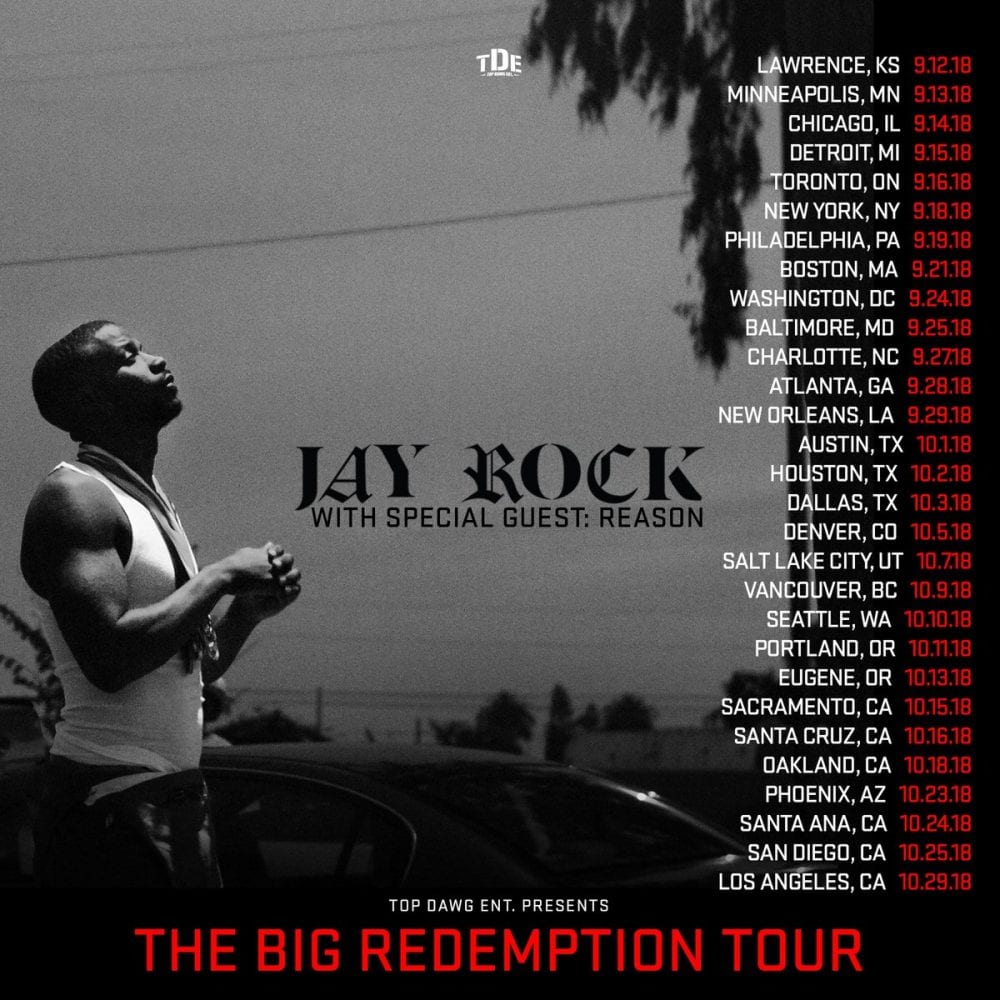