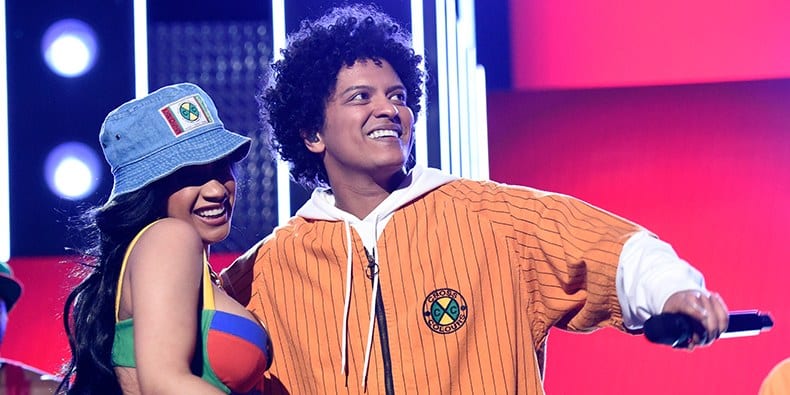 Cardi B was scheduled to open for popstar Bruno Mars on his 24K Magic tour this year, but after having her baby, she doesn’t think she will be “physically ready” to tour right now.

The last run of his North American tour, which is set to kick-off on September 7 in Denver, Colorado, is slated to run through October. However, Cardi just gave birth to her first child, Kulture, earlier this month.

“I thought that after giving birth to my daughter that 6 weeks would be enough time for me to recover mentally and physically,” she said in a tweet. “I also thought that I’d be able to bring her with me on tour, but I think I underestimated this whole mommy thing. Not only am I just not ready physically, I’m not ready to leave my baby behind since the doctors explained it’s not healthy for her to be on the road.”

Sorry guys ,Thank you @BrunoMars for being so supportive and understanding .Your the best ❤️❤️❤️ pic.twitter.com/ds9HE61i9j

Mars took to Twitter as well, reassuring Cardi that she is “absolutely doing the right thing.”

“I also know we’ll share the stage when the time is right,” he said. “We love you Cardi and we will play ‘Bodak Yellow’ every night in your honor. Please give your baby girl a hug from me and a hug on behalf of everyone on The 24K Magic Tour.”

Fans completely understood Cardi’s decision, backing the singer and praising her for even performing while still pregnant.

At this point, a new opener has not been announced, but fans have been speculating online. Ciara, CiCi, Kehlani and Dua Lipa are potentials.

Be on the lookout for the new opener and visit Ticket Club to find tickets to the tour this year.