The fest is “coming to expose your eardrums to electrifying music and exciting comedy acts,” and is set to take place from October 6 to 7 at the Row DTLA in Downtown Los Angeles. On Friday, October 5, T-Pain will make an appearance, performing tracks from “Freaknik: The Musical,” and Open Mike Eagle will take the stage. Saturday’s lineup consists of performances from comedian Hannibal Buress and musical artists Flying Lotus, Thundercat, and Zola Jesus. Sunday’s lineup includes Big Freedia, Neko Case, Run The Jewels, and “Jon” from Delocated. Three other artists who are slated to make an appearance on Sunday are yet to be announced.

Adult Swim fans will be able to not only view live musical and comedy acts, but will be able to access a massive marketplace which includes interactive gmaing, exclusive merchandise, local food vendors, and more.

Weekend passes are on sale for $255 plus fees, or the option of a 4-installment payment plan. this pass includes a laminate, lanyard, exclusive giveaway, entyr into Saturday and Sunday’s show, and access to Friday’s preview night. Single day passes and tickets to the preview night are also available. The festival is an 18+ event. 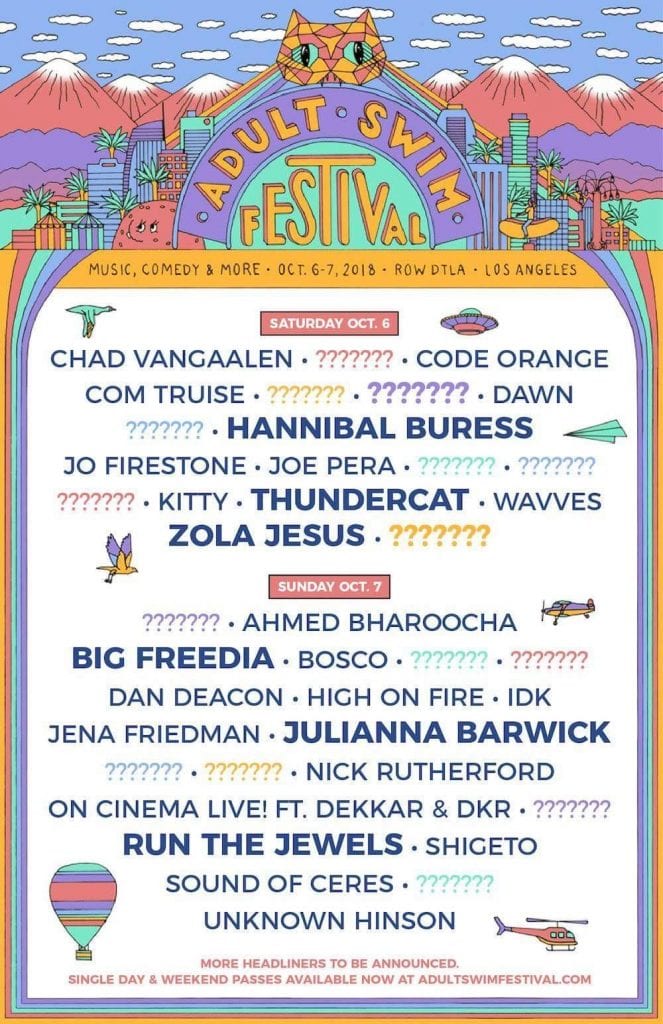 Check out the promo video below: