Today, Ticketmaster announced that it will close its two secondary ticket resale sites, SeatWave and Get Me In. From October, they will be replaced...

Today, Ticketmaster announced that it will close its two secondary ticket resale sites, SeatWave and Get Me In. From October, they will be replaced by a system which allows fans who no longer want a purchased ticket to resell it via Ticketmaster – but for no more than the original cover price, though with a 15% surcharge on each ticket to cover the original booking fee. 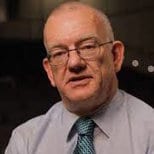 Though the online vendor claims this was always their long-term plan, there are reasons to be skeptical. Given the timing of the decision, it seems far more likely to have been politically influenced – coming a month after the Irish government backed a bill banning the resale of tickets for more than face value, and with competition authorities eyeing up similar measures in the UK.

The principle established here – that nobody who has bought a ticket to an event can resell it to a willing purchaser for more than they paid for it – betrays astonishing economic illiteracy.

Consider the following questions. In what other market is this true – and what would be the effect of similar regulation in any other market? Imagine, for example, if you bought a house or car and were banned from selling it for more than you paid for it? Or suppose that people who buy products such as grain, or oil, or finished products of any kind were banned from selling them at a markup?

The result would be to make the market in these products extremely inefficient. Above all, it would cause misallocation of resources on a mass scale – meaning that valuable goods would not move through exchange to those who valued them most highly.

Campaigners against ticket resale claim that high prices result, in the first place, from so-called ‘Ticket Touts’ buying up many tickets at the asking price and then selling them on for a profit. This, too, is nonsense.

Firstly, they can only sell the tickets for more if there are buyers willing to pay that price. If there are, this tells us the original price was too low (as a result, the demand for the tickets was too high for the number available). Secondly, resellers cannot keep the price up or put it up. As soon as they sell the tickets the price they get will fall if they try to charge more than the market rate.

Imagine a situation in which no individual could buy more than one ticket – but they were able to resell them for whatever they could get. The price would immediately be bid up to a higher level, if the initial price was too low for the demand (this is also how dynamic pricing software of the kind used by airlines works).

What will be the result of these changes? Well, it certainly won’t be easier for people to obtain tickets to see popular stars like Ed Sheeran. The available tickets will still sell out in a matter of minutes – except now, if you miss out, you will not be able to buy one no matter how much you are prepared to pay.

Primary ticket issuers will have the added difficulty of guessing what the clearing price is for every event. If they set it too high there will be many unsold seats, if too low there will huge queues and most people will still not get a ticket. They will go simply to the fortunate or those who can afford to queue for whole days to be sure of being at the front of a queue.

By clamping down on resale sites and the crucial price signals they send out, Ticketmaster have ensured the market will work less efficiently. In this new climate, vendors can expect just as many complaints as before – only different ones.

This post was originally posted on the Institute of Economic Affairs website – IEA.org.uk. It is published here with permission

Dr Steve Davies is the Head of Education at the IEA. Previously he was program officer at the Institute for Humane Studies (IHS) at George Mason University in Virginia. He joined IHS from the UK where he was Senior Lecturer in the Department of History and Economic History at Manchester Metropolitan University. He has also been a Visiting Scholar at the Social Philosophy and Policy Center at Bowling Green State University, Ohio. A historian, he graduated from St Andrews University in Scotland in 1976 and gained his PhD from the same institution in 1984. He has authored several books, including Empiricism and History (Palgrave Macmillan, 2003) and was co-editor with Nigel Ashford of The Dictionary of Conservative and Libertarian Thought (Routledge, 1991).